Should We Stay or Should We Go 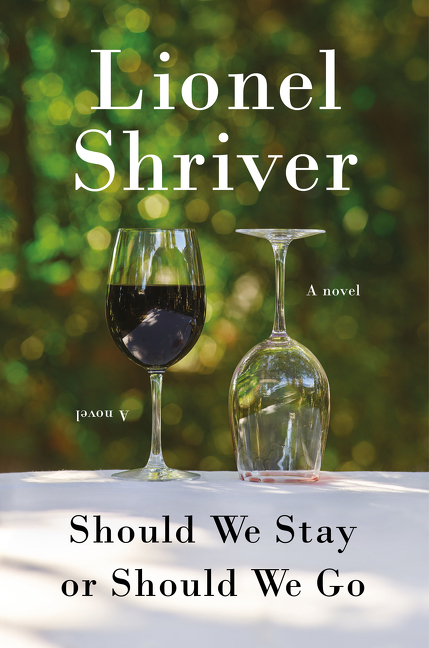 The author of We Need to Talk About Kevin returns with the story of Kay and Cyril, a nurse and doctor couple who made a pact to commit suicide at 80 to avoid the kind of protracted deaths they watched family members and patients suffer. Come 2020, when 80 arrives, Kay and Cyril have to face their choice—or do they? Shriver unfolds twelve different fates for the couple, exploring a range of possible futures for Kay and Cyril if they decide to live.

What The Reviewers Say
Rave Michael Upchurch,
The Seattle Times
Have patience with the first chapter of Lionel Shriver’s new novel ... As [the protagonists] go over the pros and cons, they sound less like characters than authorial mouthpieces. But their exchange is actually a canny setup for a wildly inventive and sometimes hilarious novel on a sober subject ... She also creates a composite portrait of a married couple and their three children that, for all its contradictions, hangs together with glorious plausibility. Indeed, by paying as much attention to what Kay or Cyril don’t do in some scenarios, she digs into corners of their characters that no single account of 'what happened' could ever reveal. Twelve different stories unfold—and you need all 12 ... Shriver may be a contrarian—but she has a sense of humor about it. More to the point, she never lets her politics interfere with the sheer zest of her imagination. The fugue-like pleasures of the novel, as key passages and images recur in ever-shifting patterns with ever-differing outcomes, are intense ... a delight to read—even as it leaves you wondering if maybe now is the right time to get hold of a lethal cocktail.
Read Full Review >>
Mixed Walter Kirn,
The New York Times Book Review
We are reading a novel of issues, a thesis novel concerning euthanasia and medical rationing. It’s not ripped from the headlines, perhaps, but neatly clipped from them, its manner quippy, satirical and arch, its characters capable of op-ed-style rants on the questions at hand, and on many others too ... If a writer is going to hang a story on the question of a suicide pact’s fulfillment, it is probably best if the characters involved are ones whom we fondly desire to see survive. After fully meeting the Wilkinsons, it is hard not to wish them exactly the sort of fate that they’ve devised for themselves ... fanciful science-fiction-style chapters are diverting and welcome in such a morbid narrative, though their morals are glum: We may triumph over mortality, but we can’t escape ourselves ... Yet the novel isn’t really about death, one learns while negotiating its branching paths. It’s about marriage. The persistence of relationships. For whatever direction the Wilkinsons’ lives take, or history takes, they always end up together, chattering, spatting and laughing, drinks in hand. It’s a charming notion, circuitously stated: When two become one, they need never part again.
Read Full Review >>
Rave James Walton,
The Times (UK)
... a work of undeniable moral seriousness, yet one that’s never just a series of (admittedly juicy) discussion points. Even the most fantastical outcomes are envisaged with exhilarating thoroughness — while Cyril and Kay remain the same richly conceived characters throughout. Despite the grimness of the premise, the book also offers the stirring sight of a writer clearly enjoying herself. There are plenty of good jokes and several playful references to Shriver’s previous fiction ... Shriver said that her favourite novels are those that pack both an intellectual and emotional punch. With Should We Stay or Should We Go, she’s added triumphantly to their number.
Read Full Review >>
See All Reviews >>
SIMILAR BOOKS
Coming Soon

Fellowship Point
Alice Elliott Dark
Rave
What did you think of Should We Stay or Should We Go?
© LitHub | Privacy