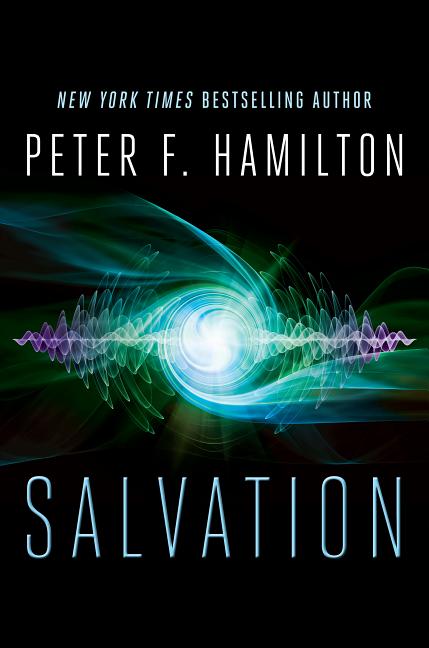 In the year 2204, humanity is expanding into the wider galaxy in leaps and bounds. Cutting-edge technology of linked jump gates has rendered most forms of transportation—including starships—virtually obsolete. Every place on Earth, every distant planet humankind has settled, is now merely a step away from any other. All seems wonderful—until a crashed alien spaceship of unknown origin is found on a newly located world eighty-nine light-years from Earth, carrying a cargo as strange as it is horrifying. To assess the potential of the threat, a high-powered team is dispatched to investigate. But one of them may not be all they seem. . . .

What The Reviewers Say
Rave Paul Di Filippo,
Locus
Peter Hamilton just keeps getting better and better with each book, more assured and more craftsmanly adroit, and more inventive ... It’s a bravura performance from start to finish ... a virtuoso treat.
Read Full Review >>
Positive Tom Shippey,
Wall Street Journal
Mr. Hamilton paints with a very broad brush, skipping from planet to planet and plotline to plotline, but each strand is at the same time finely detailed...The Old Masters of sci-fi would admire the scope and sweep of “Salvation,” but marvel even more at the amount of thought that now has to go into making futures plausible.
Read Full Review >>
Positive Mark Chitty,
SFFWorld
A great novel, but reads much like a set up for the rest of the trilogy...despite the heavy focus on back-story rather than plot progression, I was thoroughly entertained throughout, and relished getting to know this new setting and all its inhabitants...without a doubt, the type of novel you would expect from Peter F Hamilton.
Read Full Review >>
See All Reviews >>
SIMILAR BOOKS
Fantasy

40
Alan Heathcock
Positive
What did you think of Salvation?
© LitHub | Privacy