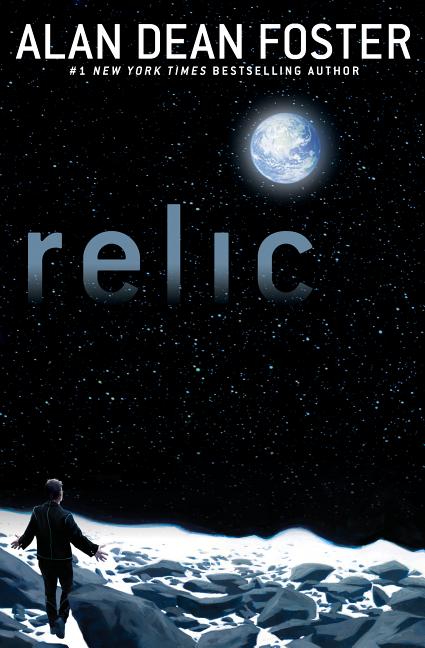 The last known human—a man named Ruslan—encounters a species of friendly aliens that wants to clone him to rejuvenate the human race, sending him on an epic journey of adventure, heartbreak, and danger.

What The Reviewers Say
Positive Kristi Chadwick,
Library Journal
In a race against time and disbelief, Ruslan takes a journey unlike any he has ever faced, testing his courage and the strength of that small glimmer of hope ... The stunning plot of Foster's...stand-alone novel will intrigue readers for not only the 'last man in the universe' trope but also the well-developed alien species. A true first contact novel on many different levels.
Read Full Review >>
Mixed Everdeen Mason,
The Washington Post
In Relic, Alan Dean Foster keeps his distance when writing about the plight of poor Ruslan, the last human alive after a biological weapon wipes out humanity ... Ruslan and the Myssari [alien species that wants to clone him] examine each other with quiet, clinical precision. Because of this, it can be difficult to connect to the characters or feel their despair, loneliness or hope. Still, the questions Foster raises about whether humanity should survive make this a provocative read.
Read Full Review >>
Positive Alan Keep,
Booklist
As he journeys through the galaxy, Ruslan’s search leads him to discoveries he could never dream of and provokes conflicts he could never expect. The story is brisk and engaging, and Relic’s world, where alien scientists pore over the ghostly remnants of a fallen human civilization, should satisfy not only existing fans of Foster’s work but also any sf reader looking for an entertaining new space-opera read.
Read Full Review >>
See All Reviews >>
SIMILAR BOOKS
Fantasy

40
Alan Heathcock
Positive
What did you think of Relic?
© LitHub | Privacy