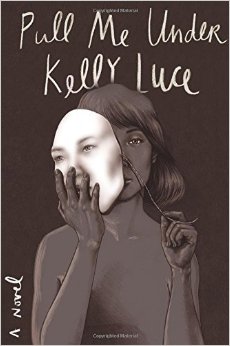 After receiving news of her father’s death, Rio Silvestri returns to Japan for the first time in 20 years. She travels there alone to confront the terrible childhood secret she’s kept from the people in her new life in Colorado.

What The Reviewers Say
Rave Allegra Hyde,
The Rumpus
...a nuanced dance across many decades and between two countries ... Luce’s first-person narration moves gracefully between memory, reflection, and present action, revealing Rio’s evolving psychological state in elegant and accessible turns ... Pull Me Under is a heart-wrenching, devastating read, in part because all of us, at least in some small way, possess a 'black organ'—a sense of darkness threatening to make itself known. In this dazzling debut novel, Luce reminds us that life is often as much about becoming the person we want to be, as it is about understanding the person we have always been.
Read Full Review >>
Positive Trine Tsouderos,
The Chicago Tribune
There were many reasons for Chizuru/Rio to snap, and yet Luce, to her credit, does not simply explain away the murder. Instead, she points to this darkness within Chizuru/Rio as an important contributing factor, creating a deeper, more complex portrait of the character as a child, and later as an adult who struggles to control this inner force ... It is as if Luce knew how to start her novel and how to finish it, but wasn't sure how to fill in the middle ... Luce knows how to end her story, and does so satisfyingly. It is similar to the procession of a good, long hike, in which the middle is the part one has to get through to get to the triumphant end.
Read Full Review >>
Mixed Bethanne Patrick,
NPR
...a suspense novel with a female protagonist that gets more right about women than so many others I've read in the past few years ... One of my problems with this unusual and affecting novel is that it takes far too long for us to learn about the more serious bullying Chizuru endures ... Luce pulls the story back and makes it about a flip side of death. While that scenario is moving, it never properly connects back to the original death in the book, that of Rio's mother ... However, the novel's ending, in Japan, and with a family that gives new meaning to 'the kindness of strangers,' does connect to Rio's running and to her body in a satisfying way.
Read Full Review >>
See All Reviews >>
SIMILAR BOOKS
Coming Soon

Night of the Mannequins
Stephen Graham Jones
Rave
What did you think of Pull Me Under?
© LitHub | Privacy