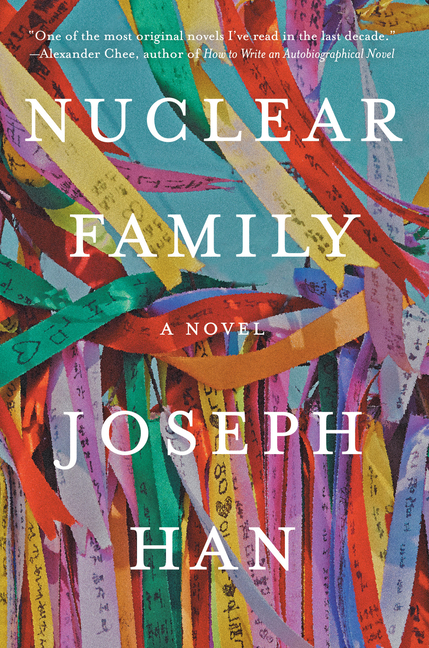 Things are looking up for Mr. and Mrs. Cho. Their dream of franchising their Korean plate lunch restaurants across Hawaiʻi seems within reach after a visit from Guy Fieri boosts the profile of Cho's Delicatessen. Their daughter, Grace, is busy finishing her senior year of college and working for her parents, while her older brother, Jacob, just moved to Seoul to teach English. But when a viral video shows Jacob trying—and failing—to cross the Korean demilitarized zone, nothing can protect the family from suspicion and the restaurant from waning sales. No one knows that Jacob has been possessed by the ghost of his lost grandfather, who feverishly wishes to cross the divide and find the family he left behind in the north. As Jacob is detained by the South Korean government, Mr. and Mrs. Cho fear their son won't ever be able to return home, and Grace gets more and more stoned as she negotiates her family's undoing. Struggling with what they don't know about themselves and one another, the Chos must confront the separations that have endured in their family for decades.

What The Reviewers Say
Rave Mateo Askaripour,
The New York Times Book Review
You’d have to visit Cirque du Soleil to see someone juggle as much as Han with such effortless dexterity and tenderness. Generational trauma, the American dream, the consequences of conquest. And his prose is rhythmic and hypnotic; it captivates from the very first page and gracefully conveys the loss and the longing the family experiences. Coupled with this are frequent, butter-smooth shifts in perspective, allowing us to occupy a multitude of hearts and minds with such intimacy as to feel almost intrusive ... The quiet beauty of Han’s work is also contained in his characters — the Chos and their relatives, naturalized and native Hawaiians. Han’s characters are entirely familiar — even if you’ve never traveled to Hawaii or South Korea, tasted mandoo or loco moco, or spoken pidgin or Korean — and you want them to succeed and find peace, together. It’s hard to read Nuclear Family and not be inspired to mend torn relationships. To listen. To speak. Because this is a novel about how pain can be wrought from silence. The echoes of what we don’t say can reverberate loudly ... History, too, is ever-present in the novel; it’s practically another character full of blood, guts and violence...While Han’s characters articulate their frustrations with crushing accuracy, sometimes it feels as though it is Han himself speaking to us, rather than his characters, but this never strays into the realm of distracting preachiness ... Han never ceases to surprise. Once you get used to his prose, he breaks form, redacting paragraphs, building towers out of words only to topple them pages later. And his comedic timing is always punctual, full of cackle-inducing humor when we need it most ... illustrates that if we’re lucky, on the other side of calamity is family, which is not an abstract noun tossed from one generation to another, but a verb defined by the action, motion and work required to survive anything, even fallout.
Read Full Review >>
Rave BETHANNE PATRICK,
The Los Angeles Times
Han is very funny both in small moments and larger ones ... That plot summary would make for a terrifically mordant comic novel, but Han is so skillful in his debut that it becomes much more than one family’s hapless attempts to cope with their son’s dilemma and the media blitz that threatens to ruin their chain business. Yes, Grace and Jacob are alienated from their parents’ industry and family piety, as well as from each other. But the novel really gets going when that alienation slithers out from their stories into the streets of Honolulu, where not everyone feels at home ... It’s that tension that gives Nuclear Family its radioactive fuel: between traditional values in both Korea and Hawaii, between all traditional values and the mores of American capitalism. Early on, the author focuses on the generation gap among the Chos. But somewhere in the middle, Han’s writing becomes experimental — particularly in a section written by Grace full of 'redactions' that invites the reader to play an existential variation on Mad Libs. If you can freely substitute words, why not people? ... If you’re not struck by these sentences, maybe you haven’t been paying attention to the history of all the United States, where Indigenous languages have disappeared and the children who speak them are shunted off into reservation schools even as their usurpers embrace all the country has to offer. We have more in common with the Chos than ambition and generational drift ... In Nuclear Family, through laughter and wonder and intriguing complexity, Han makes us pay attention.
Read Full Review >>
Rave MINYOUNG LEE,
The Chicago Review of Books
I suspect the desire amongst Korean American writers to examine this double diaspora haunts them, especially since many Americans do not have a nuanced understanding of inter-Korean relations, despite the US being a major player in the Korean War in the first place. Han skewers this brand of frustrating American ignorance in his book as well, mainly through Jacob’s family’s experience in Hawai’i ... tells the story of people who are often neglected in South Korean stories ... As someone who grew up in South Korea and is somewhat unable to completely shake away this internalized fear, it felt cathartic to read Han’s examination of this history and how it still haunts families and individuals today...Much like Jacob gives Tae-woo a body with which to reunite with his long lost family members, Han gives a voice to these wandering souls ... Despite its heavy themes, Nuclear Family is also a warm and, most importantly, funny read. There is no melodrama; there is no tragedy beyond what we would expect from real people going through the tough parts of life. The book’s cast of characters are rendered as whole characters, rather than symbols of the hardships faced by the Korean American community. They are both able to fully mourn and long for a home and family they can never return to and, through humor, acknowledge the absurdity of the situations they face. The book is unabashedly Korean American, feeling no need to overexplain to an audience that doesn’t care to do their own research. At the same time, Nuclear Family invites those who are unfamiliar but are willing to explore its world with an open heart. It is a book that exemplifies what is unique and special about Korean American literature outside of Korean or American literature, and one that will haunt the reader for a while.
Read Full Review >>
See All Reviews >>
SIMILAR BOOKS
Fiction 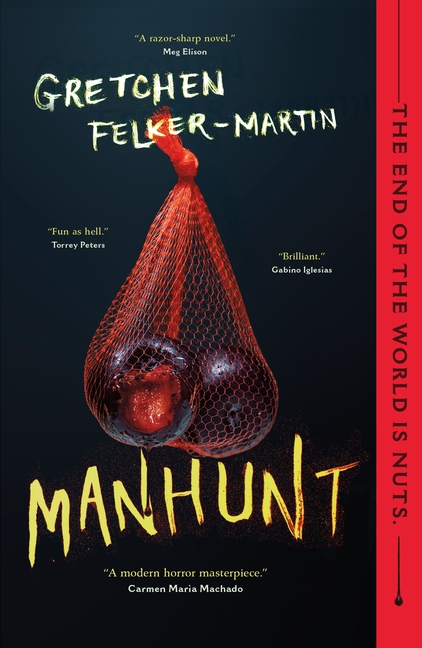 Manhunt
Gretchen Felker-Martin
Rave
What did you think of Nuclear Family?
© LitHub | Privacy