I Keep My Exoskeletons to Myself 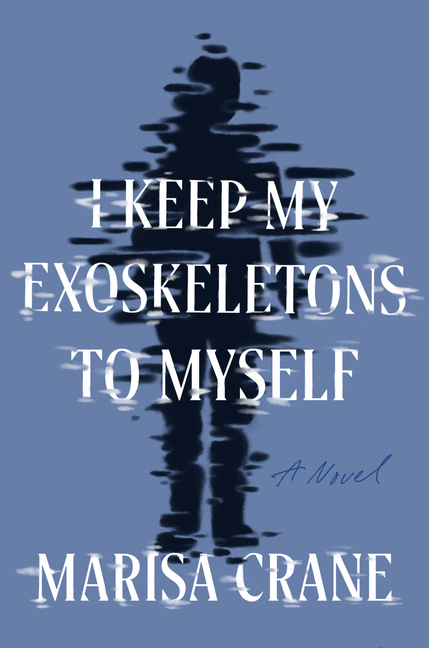 In a United States not so unlike our own, the Department of Balance has adopted a radical new form of law enforcement: rather than incarceration, wrongdoers are given a second (and sometimes, third, fourth, and fifth) shadow as a reminder of their crime--and a warning to those they encounter. Within the Department, corruption and prejudice run rampant, giving rise to an underclass of so-called Shadesters who are disenfranchised, publicly shamed, and deprived of civil rights protections. Kris is a Shadester and a new mother to a baby born with a second shadow of her own. Grieving the loss of her wife and thoroughly unprepared for the reality of raising a child alone, Kris teeters on the edge of collapse, fumbling in a daze of alcohol, shame, and self-loathing. Yet as the kid grows, Kris finds her footing, raising a child whose irrepressible spark cannot be dampened by the harsh realities of the world. She can't forget her wife, but with time, she can make a new life for herself and the kid, supported by a community of fellow misfits who defy the Department to lift one another up in solidarity and hope.

What The Reviewers Say
Rave Laura Sackton,
Bookpage
Marisa Crane’s debut novel is a remarkable feat of speculative fiction, its premise so strangely familiar that to call it speculative feels like a misnomer ... An assured and surprising ode to queer family. It’s an untame story about motherhood and survival and the quiet, daily work of building a livable world. It’s about what humans can bear and what we can get used to, about the choices we make and that are made for us, about the worst things we do to each other and the most astonishing.
Read Full Review >>
Positive Leah von Essen,
Booklist
It is a sad, dark book that is brimming with hope, love, and spirit. Through Kris’ journey to mother, grow, and heal, Crane crafts a soft yet fierce narrative of queer resistance and abolitionist feeling.
Read Full Review >>
Rave Publishers Weekly
Crane brings their impressive imagination to the speculative details, which convey a great deal of thoughtfulness about how the second shadows affect people differently depending on their intersecting identities. They also treat their diverse cast with complexity and compassion ... The author’s profound maturity shines as they interrogate the creation of family, criminalization, and queer resistance.
Read Full Review >>
See All Reviews >>
SIMILAR BOOKS
Fantasy

Our Wives Under the Sea
Julia Armfield
Rave
What did you think of I Keep My Exoskeletons to Myself?
© LitHub | Privacy