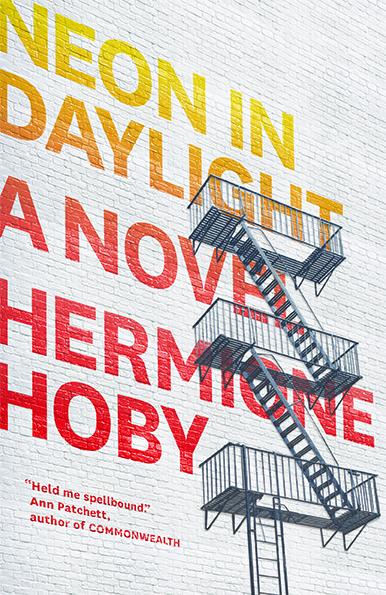 A young British woman ditches both her boyfriend and her Ph.D. program for a temporary reprieve catsitting in New York City during the heatwave of 2012, and finds herself enmeshed in the lives of a charismatic aging writer and his free-spirited daughter.
Positive
Based on 8 reviews

What The Reviewers Say
Rave Deborah Shapiro,
The New York Times Book Review
As cerebral as she is, Kate is alive to influence and sensation, and her experience of the city is not logical but dreamlike and immersive, which Hoby depicts in image-filled language that’s arresting without being overwrought. There’s a kinetic New York magic that Hoby taps into ... They could be stock characters, but Hoby breathes life and nuance into them, in part by making them self-aware enough to know they are, to an extent, types, involved in some subtle, ongoing performance where they risk becoming parodies ... What initially reads like a wry, sharply pointed, if familiar, comedy of egocentric sophisticates gains depth and emotional magnitude as it goes.
Read Full Review >>
Positive Parul Sehgal,
The New York Times
A radiant first novel ... Neon in Daylight has antecedents in the great novels of the 1970s: Renata Adler's Speedboat, Elizabeth Hardwick's Sleepless Nights, Joan Didion's Play It as It Lays ... Precision--of observation, of language--is Hoby's gift. Her sentences are sleek and tailored. Language molds snugly to thought. Story isn’t her interest — or her forte. The foreshadowing can be heavy-handed, and I’m agnostic about the book’s climax ... Her talent is for evoking mood. The title comes from one of Frank O’Hara’s Lunch Poems ('Neon in daylight is a / great pleasure'), his collection of odes to New York, a great dispensary of pleasure and strangeness. Hoby shares O’Hara’s keen eye for the city’s grubby beauty.
Read Full Review >>
Rave Bradley Babendir,
The Los Angeles Review of Books
This type of thing would be unbelievable in the hands of a writer with less wit and linguistic power, but Hoby’s descriptive language is spectacular, like that of Elif Batuman with a freer spirit or Eve Babitz if she were writing about the opposite coast. It’s colloquial and verbose, clear and bizarre ... The force of her sentences is seismic, and they exude a massive confidence. The specificity of the writing creates clarity of character, which creates trust, and that trust is rewarded. Hoby’s control is never in doubt, and it makes the book irresistible ... Hoby is not interested in the mechanics required to make life in New York City possible for most people, and criticizing her on that front is akin to complaining that she didn’t write a different book ... Despite this, Neon in Daylight is luminous and wonderful. Hoby spins an intricate narrative that careens toward myriad social and emotional collisions. Her style has a delicious, raucous quality, and the way she weaves together her rotating perspectives keeps the book chugging along nicely. Her talent is clear, and her debut is a very good one.
Read Full Review >>
See All Reviews >>
SIMILAR BOOKS
Coming Soon

The Charmed Wife
Olga Grushin
Mixed
What did you think of Neon in Daylight?
© LitHub | Privacy