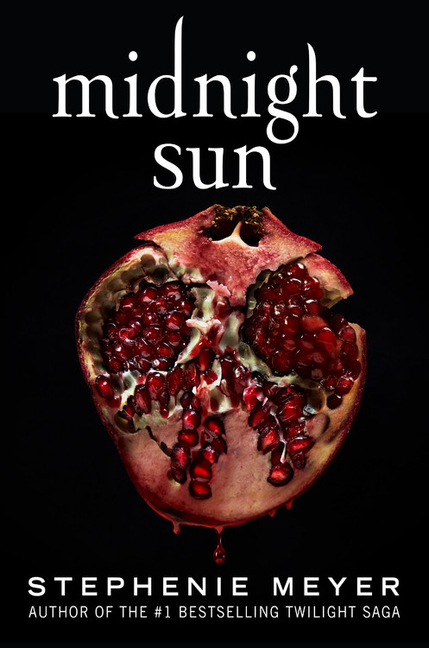 Stephenie Meyer returns to the world of Twilight with this highly anticipated companion: the iconic love story of Bella and Edward told from the vampire's point of view.

What The Reviewers Say
Positive Karin Tanabe,
The Washington Post
... a new look at Edward’s internal struggle concerning Bella, along with deep glimpses into his past and his family dynamics, that make him a more complex, and better, character ... The best thing about an Edward Cullen book turns out to be his gift of telepathy, the thoughts of others coming off like the footnotes you never knew you needed ... Yes, the writing is still Twilight writing. If you came for modern and concise, you’re opening the wrong book ... he Edward/Bella power dynamic is still ripe for criticism, as is the depiction of the Quileute characters who don’t get much time in this book, not even Jacob Black. They still come off as stereotypical B-list characters. Meyer said that in writing Midnight Sun she was locked into the original story. But leaving those aspects unchanged adds a staleness to what is in many other ways an entertaining page-turner carried by frisson after frisson, that sexual tension of youth ... So, will team Edward be happy with this book? The original team Edward from 2005 who binged the books and watched all five series-inspired movies that pulled in over $3 billion at the box office? Absolutely. Meyer wrote with her biggest fans in mind, dedicating the book to them, and plunging into the mind of Washington state’s most complicated teenage vampire as he falls for a woman who is more determined than we’ve given her credit for.
Read Full Review >>
Mixed Meredith Goldstein,
The Boston Globe
If you are a die-hard Twilight fan (I am, by the way), you know that some of Meyer’s narrative choices have long been problematic. Yes, many vampire tales feature characters doing bad things, but Twilight, as a young adult novel, seemed to rest on metaphors of boys not being able to control their urges, and only appreciating the girls who are most mysterious to them ... Also, Edward Cullen is a centenarian who falls for a teenager. Bella is dodging unwanted invitations to the school dance, meanwhile, Edward was sired as a vampire during the 1918 flu pandemic ... His stalking also feels worse. In Twilight Bella learns that Edward watches her while she sleeps. But in Midnight Sun readers get a first-person account of that spying with unsettling details. He expresses some guilt, but dude, get out of her room! ... In May, when the news was so bleak, I wondered whether this might be a perfect time for the release of Midnight Sun. Like Meyer I hoped it might transport fans the way the stories did a decade ago ... I suppose it does, but more because of the nostalgia that comes with it.
Read Full Review >>
Pan Alex OConnell,
The Times (UK)
It’s hard not to take issue with the prissy no-sex morals, Cullen’s stalkery behaviour and the endless references to his car. The first four books were criticised for giving Swan little agency, and although Meyer does attempt to empower her here, she only does so by making Cullen appear weaker and anxiety-ridden — like a vampiric, less interesting Karl Ove Knausgaard. She remains the wimpiest of female leads. Just eat something, just leave, just stop blushing, you want to say when she nibbles on another apple and takes another cue from the manipulative Cullen ... The difficulty with a second take on the same story is the lack of surprise, which can only be countered with exceptional writing. Instead, Cullen’s central dilemma — how do you love someone you want to eat? — is picked to the bone until you wish they’d eat each other and spared us another 400 pages. The dialogue is so clunky that it might have been written in another language and put through Google Translate ... Meyer told The New York Times that she found this book her most difficult yet and each sentence was a struggle. I’m afraid that you can tell. Time to shut the coffin on this series.
Read Full Review >>
See All Reviews >>
SIMILAR BOOKS
Hottest Books of the Season

City on Fire
Don Winslow
Rave
What did you think of Midnight Sun?
© LitHub | Privacy