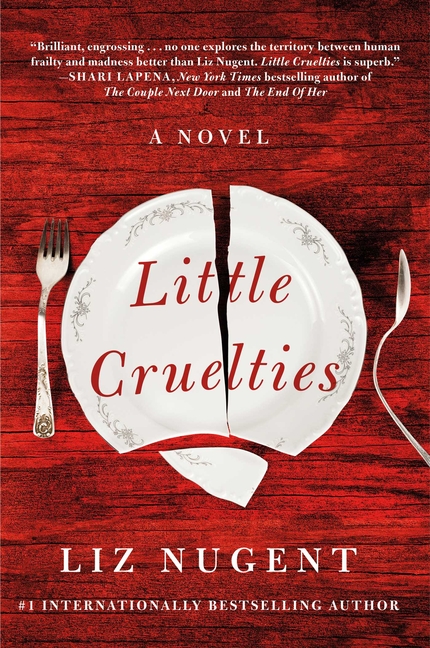 A novel that delves into the darkness visited upon a family of three working-class Irish brothers, exploring the ways in which families can wreak emotional damage across generations and doom men to give in to their own worst impulses in service to a culture that has abandoned them.

What The Reviewers Say
Rave Kristoffer Mullin,
The Times (UK)
The much-decorated writer again displays a flair for plot and an uncanny ability to get under the skin of characters in the dysfunctional family drama ... Nugent builds her narrative skilfully, with the ellipses in each brother’s account gradually filled in by the ensuing tales. All their psychologies are incisively laid out, consistent and layered across all sections ... nobody is a mere cliché in Nugent’s clear, propulsive writing, and the author masterfully unveils the damage and hurt behind every motivation, and the petty resentments, delusions and carelessness that lie behind every nick and cut the family members inflict upon one another over the four decades of her tale ... Nugent has won four Irish Book Awards for her previous three novels; it would be a cruelty to deny her further honours for her fourth.
Read Full Review >>
Rave Declan Hughes,
The Irish Times (IRE)
The awful thing in life is, everyone has their reasons,' Jean Renoir’s great line from The Rules of the Game, could serve as an epigraph to the book. Vulnerable, unstable Luke’s rise to stardom via early gigs at the Baggot Inn and the Olympia is superbly done; Will’s drive and charm are as persuasive as his reflexive sexism and predatory behaviour are disturbing; Brian’s middle-child victimhood breeds a meanness that mutates into blithely entitled extortion. It all adds up to a bleak domestic saga studded with set-piece events that mark social history milestones of the last 50 years ... Exploring eating disorders, #MeToo moments and gender identity issues, the novel speaks very much to the contemporary moment; the eponymous cruelties, while often melodramatic, sometimes luridly so, are securely rooted, tragically but all too credibly, in the family plot ... What a terrific storyteller Liz Nugent is! Brilliantly structured, fluently told, rich in unsettling incident and pulsing with dark, tumultuous energy...her best book yet.
Read Full Review >>
Rave The Independent (IRE)
A clever psychological thriller, this is a whodunnit and a Greek tragedy all in one ... McDermid's conclusion is perfect. The storyline plays out like a Greek tragedy, where internecine conflicts evoke both pity and fear in the reader ... a carefully nuanced dark exploration of the old adage 'blood is thicker than water'. Absolutely riveting, the book proves once again that Nugent deserves her fellow authors' opinions of her as a truly outstanding writer.
Read Full Review >>
See All Reviews >>
SIMILAR BOOKS
Fiction

The Preserve
Ariel S Winter
Positive
What did you think of Little Cruelties?
© LitHub | Privacy