Legends of the North Cascades 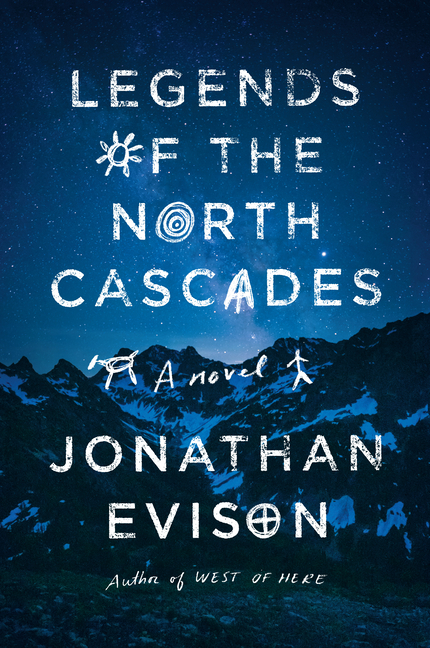 After his wife's death, a man brings his young daughter to live in a cave he has found in the Cascade mountains. Once there, his daughter begins to sense the presence of other people in the cave, a mother and son who retreated there during the last ice age in an effort to survive.

What The Reviewers Say
Mixed Michael Upchurch,
Seattle Times
Bold ambition doesn’t necessarily serve Jonathan Evison well in his latest novel ... often strains credulity as it alternates between an Iraq War veteran’s battlefield experiences and PTSD travails and a young, pregnant Ice Age woman’s brutal fight for survival ... Evison gives it his best shot, but how many ways are there to describe hunger, fatigue and ice? His rapid switches between present day and Ice Age scenarios also prevent either narrative from feeling as immersive as you might like ... In its final dramatic stretch, the novel starts feeling so improbable that it’s difficult to buy into its suspense. There’s some humor in precocious Bella’s attempts to grasp the confusing vocabulary of the world around her, but Evison’s intended magic with her visions of S’tka’s sufferings, which at one point involve a gang rape, requires a suspension of disbelief that’s sometimes hard to muster ... Still, the gist of the novel can feel right on the mark.
Read Full Review >>
Mixed Publishers Weekly
An intimate if uneven story of grief and parenthood with characters from two distant millennia ... Chapters about an Ice Age mother and child alternate with Dave and Bella's increasingly perilous situation and with gossip about Dave conveyed through interstitial monologues from various folks back home. The parallel narratives of familial trust and parent-child conflicts among the ancient people and between Dave and Bella develop effectively in tandem, though the idea of some kind of psychic connection between this young girl and her Ice Age predecessors feels strained ... Despite its faults, Evison's empathetic vision offers much to consider about the limits of parental authority and the capacity for both physical and emotional survival.
Read Full Review >>
Positive Bookreporter
Poignant and profound, Legends of the North Cascades brings Jonathan Evison’s trademark vibrant, honest voice to bear on an expansive story that is at once a meditation on the perils of isolation and an exploration of the ways that connection can save us.
Read Full Review >>
See All Reviews >>
SIMILAR BOOKS
Fantasy

A Marvellous Light
Freya Marske
Rave
What did you think of Legends of the North Cascades?
© LitHub | Privacy