Late in the Day 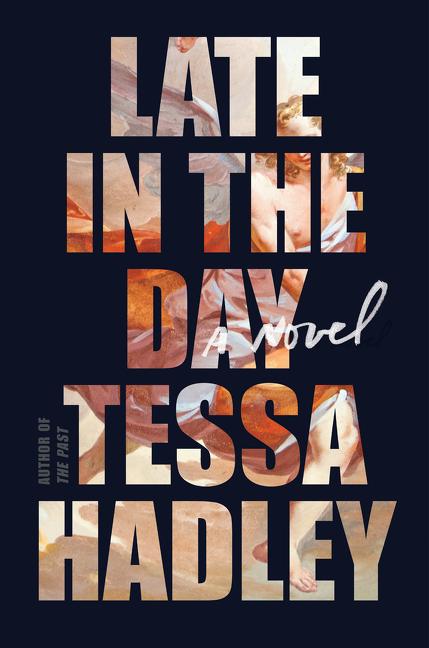 The author of The Past and other novels narrates here the story of two married couples—Alexandr and Christine and Zachary and Lydia—who get thrown for a loop when Zachary suddenly dies, stirring up old feelings between Lydia and Alexandr they'd thought long since snuffed.

What The Reviewers Say
Rave Rebecca Makkai,
The New York Times Book Review
... brilliant and upsetting ... In the hands of a lesser novelist, the intricate tangle of lives at the center of Late in the Day might feel like just such a self-satisfied riddle or, at best, like sly narrative machinations. Because this is Tessa Hadley, it instead feels earned and real and, even in its smallest nuances, important ... Here as in her previous six novels, it’s in part Hadley’s unflinching dissection of moments and states of consciousness that makes the [Virginia] Woolf comparisons irresistible, but it’s also her commitment to following digressions both mental and philosophical (a debate, for instance, on the ethics of tourism) rather than pushing away at plot ... It’s to her great credit that Hadley manages to be old-fashioned and modernist and brilliantly postmodern all at once ... We’ve seen this before, and we’ve never seen this before, and it’s spectacular.
Read Full Review >>
Rave Margot Livesey,
The Boston Globe
More than many of her contemporaries, the British writer Tessa Hadley understands that life is full of moments when the past presses up against the present, and when the present transforms the past. Her brilliant new novel, Late in the Day, explores both with equal urgency ... Hadley is masterful at showing her characters over time ... At the heart of Late in The Day are ineffable, unanswerable questions... In Hadley’s gorgeous, utterly absorbing novel we experience these questions, as her characters do, moving between light and darkness, and back again.
Read Full Review >>
Positive Ron Charles,
The Washington Post
With each new book by Tessa Hadley, I grow more convinced that she’s one of the greatest stylists alive ... [The events in the book are] nothing unusual, I suppose, just the everyday tragedies and betrayals of domestic life but rendered by Hadley’s prose into something extraordinary ... The tone of Late in the Day is perhaps Hadley’s most delicate accomplishment. This is romantic comedy pulled by a hearse. The whole grief-steeped story should be as fun as a dirge, but instead it feels effervescent — lit not with mockery but with the energy of Hadley’s attention, her sensitivity to the abiding comedy of human desire.
Read Full Review >>
See All Reviews >>
SIMILAR BOOKS
Fantasy

Win Me Something
Kyle Lucia Wu
Rave
What did you think of Late in the Day?
© LitHub | Privacy