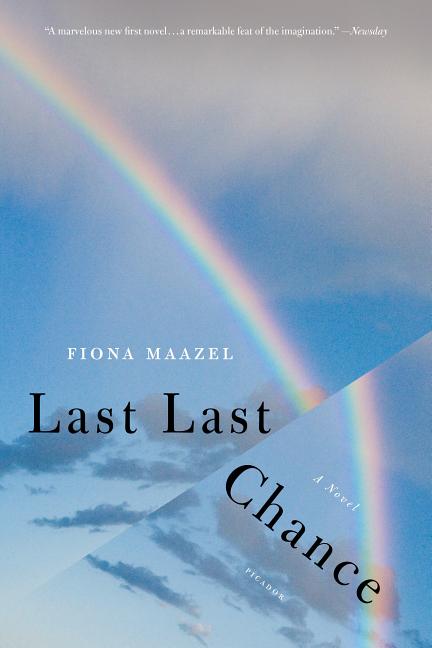 A rollicking comic tale about (in no particular order) plague, narcotics recovery, and reincarnation.

What The Reviewers Say
Rave JOSHUA HENKIN,
The New York Times Book Review
Last Last Chance isn’t your average novel, thanks in no small part to Maazel’s funny, lacerating prose. The book fits squarely in the tradition of novels about the wealthy and dissolute, but ultimately it’s less John Cheever than Denis Johnson — the Denis Johnson of Jesus’ Son, with its drug-addled narrators — though Maazel’s voice is more caffeinated, more fueled by attitude...and more prone to hectoring ... Maazel is particularly adept at conveying the desperation of the addict, how everything — even a potentially world-ending plague — is eclipsed by the need for a fix ... But Maazel’s novel is most powerful in its quieter, more mundane moments ... One instance of absurdism could as easily be exchanged for another; at times the novel loses its sense of inevitability.
Read Full Review >>
Positive LAURA VAN DEN BERG,
Book Slut
The spread of the superplague and the subsequent panic might drive the novel, but the real threat is not the deadly sickness; rather it is the spiritual death that has gripped the inhabitants of this vividly-rendered American landscape. Maazel’s characters are in agony, have been in agony their whole lives, it seems -- so long that their pain has morphed into a listless, detached, and unshakable suffering, soothed only by copious amounts of drugs ... Maazel’s prose can take some getting used to. There’s a skittishness to the writing that makes the tone seem off-kilter at times, as though certain sentences aren’t quite hitting the right key. But as the novel progresses, a powerful parallel between the disjunctive tone and the psychic disconnection of her characters emerges. Form begins to mirror content, and the powers of Maazel’s fictional world take over.
Read Full Review >>
Rave DAN CRYER,
The Pittsburgh Post-Gazette
Lucy reigns as comedian-in-chief of Fiona Maazel's marvelous new first novel ... The threat of plague looms over every page of this book. Maazel never has to utter the word 'terrorism' for us to catch the terrifying implications. Nor are we left unaware of the plagues of drugs or of lives bereft of love ... Despite a gaggle of guffaws, be assured that Maazel never romanticizes addiction ... Last Last Chance fuses the outrageous apocalyptic vision of Chuck Palahniuk's fiction and the cerebral dark comedy of Marisha Pessl's Special Topics in Calamity Physics.
Read Full Review >>
See All Reviews >>
SIMILAR BOOKS
Fiction

All the Broken Places
John Boyne
Mixed
What did you think of Last Last Chance?
© LitHub | Privacy