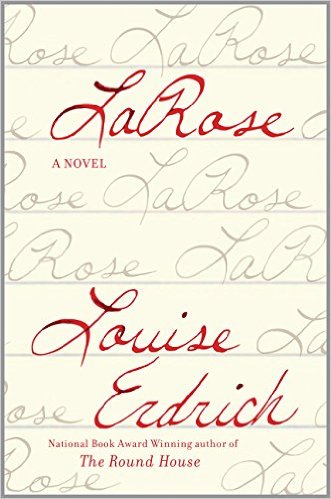 After accidentally shooting his friend and neighbor’s young son, a man on a Native American reservation subscribes to 'an old form of justice' by giving his own son, LaRose, to the parents of his victim.

What The Reviewers Say
Rave Ron Charles,
The Washington Post
Louise Erdrich’s new novel, LaRose, begins with the elemental gravitas of an ancient story: One day while hunting, a man accidentally kills his neighbor’s 5-year-old son. Such a canyon of grief triggers the kind of emotional vertigo that would make anyone recoil. But you can lean on Erdrich, who has been bringing her healing insight to devastating tragedies for more than 30 years...The recurring miracle of Erdrich’s fiction is that nothing feels miraculous in her novels. She gently insists that there are abiding spirits in this land and alternative ways of living and forgiving that have somehow survived the West’s best efforts to snuff them out.
Read Full Review >>
Positive Mary Gordon,
The New York Times Book Review
Perhaps the most important of Erdrich’s achievements is her mastery of complex forms. Her novels are multivocal, and she uses this multiplicity to build a nest, capacious, sturdy and resplendent, for her tales of Indians, living and dead, of the burden and power of their heritage, the challenge and comedy of the present’s harsh demands. Woven into the specificity of these narratives is Erdrich’s determination to speak of the most pressing human questions...The spongy sections of LaRose happen when Erdrich’s characters seem too good to be true, such as saintlike LaRose and his beautiful, athletic adopted teenage sisters. Much more engaging is their other sister, troubled and troubling Maggie, and their mother, Nola, who compulsively bakes elaborate cakes to assuage LaRose’s sorrow at being ripped from his home, cakes that the children stop eating.
Read Full Review >>
Rave Susanna Sonnenberg,
San Francisco Chronicle
You’re going to want to take your time with this book, so lavish in its generational scope, its fierce torrent of wrongs and its luxurious heart. Anyway, you may have no choice, as you fall under the spell of a master investigating invisible boundaries and perpetual bisectings...Erdrich writes the enspirited and the visible, traveling that bisecting line that separates the present from the past. Revenge can live alongside honor, grace with trauma. She mingles the enduring pain with humor, ceremony, ritual, legacy, reparations both real and false, and so much love, blending ceaselessly until no separate parts remain but one beautiful novel.
Read Full Review >>
See All Reviews >>
SIMILAR BOOKS
Fiction