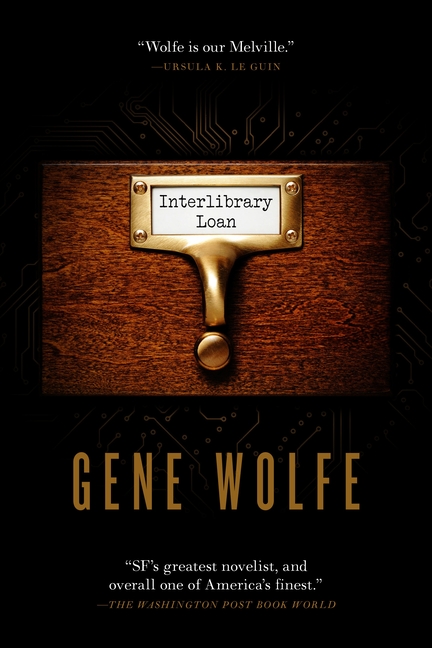 The follow-up to "A Borrowed Man" and the final work of fiction from multi-award winner Gene Wolfe.

What The Reviewers Say
Positive Tom Shippey,
The Wall Street Journal
... it gets complicated—maybe too complicated ... Wolfe fans will spend a lot of time discussing this. All the best detective stories have clues buried deep in them. You need to look back and check for the ones you missed. It’s an enigmatic final note from sci-fi’s most enigmatic author.
Read Full Review >>
Positive Gary K. Wolfe,
Locus
... what initially seems a straightforward mystery quickly soars off in unexpected directions, both in terms of plot and of narrative trickery ... While there is much familiar Wolfe imagery throughout the novel...there is also an almost overwhelming sense of compromise with mortality ... but there is also the hint of treasures brought from distant worlds, which is something else Wolfe was pretty good at. Interlibrary Loan is, like most of Wolfe’s final novels, more intimate in scope and restrained in style than his celebrated masterpieces, but it’s a fitting and suitably twisty rumination on which to end an astonishing career.
Read Full Review >>
Positive Kristi Chadwick,
Library Journal
Wolfe died in 2019 at age 87; this posthumous sequel to A Borrowed Man blends a hard-boiled mystery style with a sf future and is mostly successful. While this can be read as a stand-alone, familiarity with the main character’s background story may bring more clarity for readers.
Read Full Review >>
See All Reviews >>
SIMILAR BOOKS
Fiction

The Devil Takes You Home
Gabino Iglesias
Positive
What did you think of Interlibrary Loan?
© LitHub | Privacy