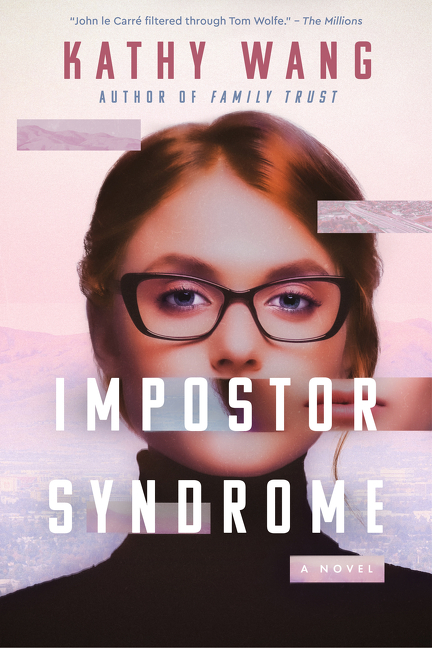 In 2006 Julia Lerner is living in Moscow, a recent university graduate in computer science, when she's recruited by Russia's largest intelligence agency. By 2018 she's in Silicon Valley as COO of Tangerine, one of America's most famous technology companies. Alice Lu is a first generation Chinese American whose parents are delighted she's working at Tangerine (such a successful company!). Too bad she's slogging away in the lower echelons, recently dumped, and now sharing her expensive two-bedroom apartment with her cousin Cheri, a perennial "founder's girlfriend". One afternoon, while performing a server check, Alice discovers some unusual activity, and now she's burdened with two powerful but distressing suspicions: Tangerine's privacy settings aren't as rigorous as the company claims they are, and the person abusing this loophole might be Julia Lerner herself. The closer Alice gets to Julia, the more Julia questions her own loyalties. Russia may have placed her in the Valley, but she's the one who built her career; isn't she entitled to protect the lifestyle she's earned?

What The Reviewers Say
Rave Jo Livingstone,
The New Republic
... rather than dissect the much-analyzed power dynamics of Silicon Valley corporations, Wang capitalizes on the thrill factor. She reimagines the predicament of women in tech as a more gripping problem altogether, one in which the little ways in which women are either rewarded or disregarded are magnified by a plot with geopolitical stakes ... It’s such failures of soft skills that can destroy careers, these days, and can also make them, and it’s exactly the right place for Wang to locate her horror ... This is one of the many satisfying things about Impostor Syndrome, alongside Wang’s willingness to pit women against each other and the book’s blend of Hollywood plot values with unusually intelligent humor. For while it shares certain features with dystopian workplace books, Wang’s novel better recalls the fish-out-of-water mixed-genre screen comedy...all of which allow their female leads to be funny and likable while competent. Wang uses that flexibility to explore the power tensions inherent to the digitized world, both at the interpersonal level and at the level of international diplomacy, while never straying into didacticism. She restyles Silicon Valley’s famed 'toxicity' around gender and race into actual poison and translates workplace politics into a caper of geopolitical consequence. Impostor Syndrome, like its two heroines, wears its greatness lightly.
Read Full Review >>
Mixed Adwoa Afful,
Bitch Media
Kathy Wang’s second novel, Impostor Syndrome, uses an entertaining cat-and-mouse game to satirize Silicon Valley’s scapegoating of the [imposter syndrome] idea ... Though the espionage plot provides the novel’s most compelling tensions, it also externalizes the ethical issues confronting tech in a way that minimizes the homegrown risks they pose to its users ... Despite a compelling plot, [Alice] Lu’s character remains disappointingly flat. While Wang carefully outlines the stakes for her characters, she doesn’t interrogate their motivations.
Read Full Review >>
Mixed Michael Pucci,
Library Journal
This latest from Wang (Family Trust) takes the spy novel into Silicon Valley, with mixed results. Having been placed in an orphanage by her widowed mother, Julia Lerner is hand-picked by Leo Guskov of Russia’s State Protection Bureau for the express purpose of infiltrating an American tech giant ... Julia’s clandestine data breaches spark the interest of Alice Lu, a Tangerine worker bee who isn’t sure why the head of her company is being flagged during a routine server checkup and is less sure how hard she should try to find out. Wang’s novel is at its penetrating best during these chapters, with trenchant observations on cultural assimilation and the role of women in the tech economy. The tradecraft is less compelling, playing out in a predictable way ... A smart character study for fans of Dave Eggers’s The Circle looking for a different perspective.
Read Full Review >>
See All Reviews >>
SIMILAR BOOKS
Coming Soon