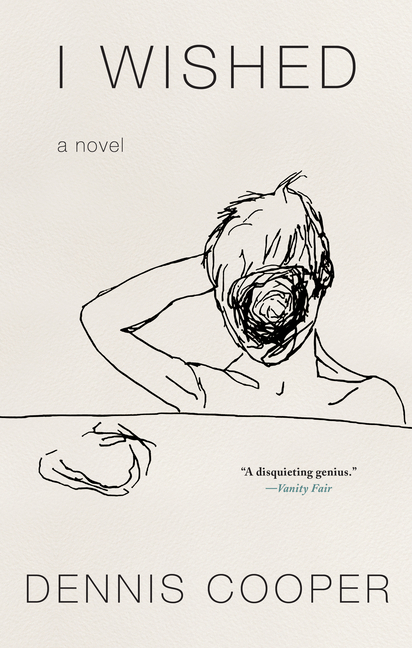 For most of his life, Dennis Cooper believed the person he had loved the most and would always love above all others was George Miles. In his first novel in ten years, Dennis Cooper writes about George Miles, love, loss, addiction, suicide, and how fiction can capture these things, and how it fails to capture them.

What The Reviewers Say
Positive Jeremy Lybarger,
4Columns
The artifice of fiction is ventilated with memoiristic candor ... The narrative subterfuge of its first half gradually coalesces into a knotty memory book that’s less about Miles the person and more about Miles the talisman that unlocks Cooper’s artistic compulsions ... Simultaneously concentric and telescopic, a metaphysical wheel that spindles across time while always orbiting the question of whether Cooper’s love for Miles was ever requited. The answer to that riddle will intrigue Cooper’s longtime readers more than newcomers to his work ... For readers not already seduced by the Miles of the cycle, the new novel’s style will likely fog any deeper understanding of him as a flesh-and-blood person. That’s to be expected. Muses are indecipherable by nature ... The novel abounds in...internal echoes. For the reader the effect is occasionally disorienting, with the seemingly disconnected vignettes evoking the messy tectonics of memory itself.
Read Full Review >>
Rave Dave Wheeler,
Shelf Awareness
A tightly wound yet nakedly inquisitive novel about a man seeking to understand how he came to understand his past in a way that has tended to motivate him his entire life ... Cooper bends boundaries of fiction and nonfiction throughout, but ultimately gives this work firm footing in realms of fiction ... Bizarre as it sounds, I Wished is a poignant and haunting elegy to a figure that has loomed large in Cooper's imagination since dying by suicide at age 30. The phantasmagorical qualities make every page a thrilling revelation, even for readers unfamiliar with the George Miles cycle of books. It is a beautiful, maddening riddle about love and what is set adrift in its wake.
Read Full Review >>
Rave Publishers Weekly
Surreal and elegiac ... [There are] many boldly transgressive and strangely successful moves in the fractured narrative ... This offers a cathartic sense of closure.
Read Full Review >>
See All Reviews >>
SIMILAR BOOKS
Fantasy

Win Me Something
Kyle Lucia Wu
Rave
What did you think of I Wished?
© LitHub | Privacy