How to Be a Revolutionary 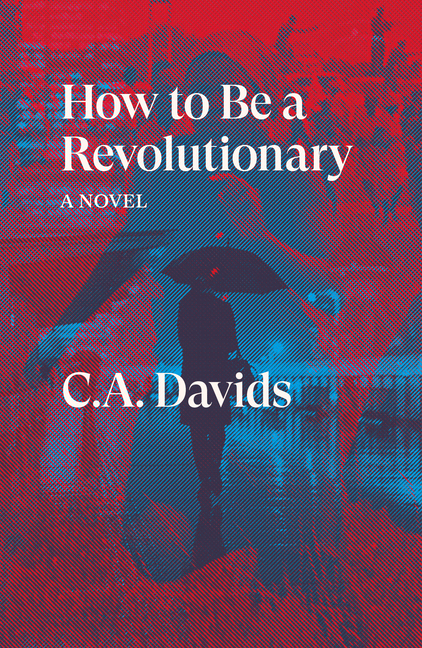 Fleeing her moribund marriage in Cape Town, Beth accepts a diplomatic posting to Shanghai. In this anonymous city she hopes to lose herself in books, wine, and solitude, and to dodge whatever pangs of conscience she feels for her fealty to a South African regime that, by the 21st century, has betrayed its early promises. At night, she hears the sound of typing, and then late one evening Zhao arrives at her door. They explore hidden Shanghai and discover a shared love of Langston Hughes. But then Zhao vanishes, and a typewritten manuscript—chunk by chunk—appears at her doorstep instead.

What The Reviewers Say
Positive Sarah Moss,
New York Times Book Review
An intercontinental novel about neighbors, the dangers and consolations of having people next door under oppressive laws ... If this sounds complicated, it is. There are multiple narrative strands ... The effect is kaleidoscopic, sometimes verging on confusing, though as the story gathers pace and the voices become familiar, the writing is absorbing enough for moments of disorientation to feel like part of the ride ... This isn’t — couldn’t be — a book that claims to offer answers to these dilemmas, but it is an admirably ambitious and absorbing exploration of activism, betrayal and daily life in interesting times, of increasing relevance in many parts of the world.
Read Full Review >>
Positive Eileen Gonzalez,
Foreword Reviews
Despite the extreme situations the characters end up in, the self-doubt, fear, and hypocrisy they wrestle with are familiar to anyone who has ever devoted themselves to a cause—and the clear-eyed determination that each discovers by story’s end is to be envied ... How to Be a Revolutionary is a novel about the costs of remembering the past and the far more dire consequences of forgetting it.
Read Full Review >>
Rave Publishers Weekly
A complex tale of political upheaval ... Davids successfully grapples with the heavy historical material by tracing the silencing effects of political repression ... The result is exquisite and eye-opening.
Read Full Review >>
See All Reviews >>
SIMILAR BOOKS
Coming Soon

Fellowship Point
Alice Elliott Dark
Rave
What did you think of How to Be a Revolutionary?
© LitHub | Privacy