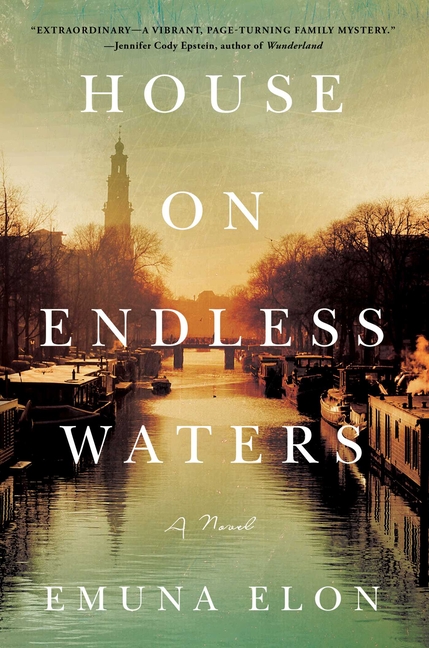 At the behest of his agent, renowned author Yoel Blum reluctantly agrees to visit his birthplace of Amsterdam to promote his books, despite promising his late mother that he would never return. While touring the Jewish Historical Museum with his wife, Yoel stumbles upon footage portraying prewar Dutch Jewry and is astonished to see the face of his beloved mother staring back at him, posing with his father, his older sister, and an infant he doesn’t recognize.

What The Reviewers Say
Rave Julia M. Klein,
Forward
... lovely ... Brilliantly translated ... an intensely clever literary construction that never compromises readability. The title evokes the idea of a series of reflections that, like a mirror to history, offer clues to Blum’s identity and the circumstances that brought him to Israel. The water of the canals becomes a conduit to the past, or at least to the world of the imagination ... More elegant than the mystery itself is Elon’s technique, as her novel seems both to anticipate and then merge with the novel Blum is writing about his family’s wartime ordeals.
Read Full Review >>
Positive Emily Gray Tedrowe,
USA Today
Narratively, Elon runs the risk of diminished interest in Blum's sections, as reading about a writer at work is less dramatic than the powerful action of Sonia’s scenes. There is also the fact that Blu learns a major fact of his origin at the beginning of the book that isn’t revealed to readers until the end – a withholding that seems overly determined. However, House on Endless Waters is a deeply immersive achievement that brings to life stories that must never be forgotten.
Read Full Review >>
Positive Barbara Bibel,
Booklist
Readers will find Elon’s lyrical prose haunting as she moves between past and present, constructing a heartbreaking, moving tale that brings understanding and acceptance. This beautiful novel is an excellent choice for book groups interested in both literary and historical fiction.
Read Full Review >>
See All Reviews >>
SIMILAR BOOKS
Fiction

All the Seas of the World
Guy Gavriel Kay
Rave
What did you think of House on Endless Waters?
© LitHub | Privacy