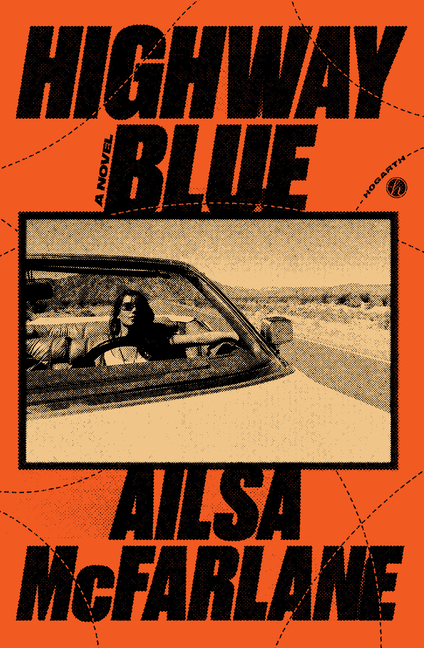 In this debut novel, Anne-Marie and Cal are on the lam together after a brief marriage and long estrangement. On their ill-at-ease odyssey along the darker seams of the country, Anne-Marie sifts through the consequences of their crime and contemplates the meaning of love and its pursuit.

What The Reviewers Say
Rave Courtney Eathorne,
Booklist
... [a] haunting and tight debut ... twisted and implicated in violence. The story is gripping from start to finish, ripe with an ever-present sense of mystery and dripping with the boldness of youth.
Read Full Review >>
Mixed Henry Bankhead,
Library Journal
In a debut novel of subtlety and incompleteness...McFarlane lushly describes Anne Marie's interior life and struggles ... The narrative is replete with brooding description and a sense of studied ennui. A detachment from a real sense of place causes a feeling of floating through amorphous existence. Recommended for fans of the indeterminate.
Read Full Review >>
Pan Tadzio Koelb,
New York Journal of Books
... the characters and their situation became almost entirely static, even to the point of repeating the same conversations ... Predictably, they come to no real conclusions. Readers might have a similarly ambivalent experience. Nothing we learn about Anne Marie’s past reveals anything that might fundamentally change our understanding of the narrative present, still less how the story will progress in the future. Anne Marie clearly suffers her personal history as a burden, an anchor that keeps her from advancing in life. The question is whether it also becomes a burden on the novel, trapping it between a past we already know and a future that seems not to matter, freezing the characters so they can’t evolve. It’s telling that the novel ends almost exactly as it starts: with Anne Marie on the phone to her cousin, Tricia. Sometimes the highway doesn’t take you all that far.
Read Full Review >>
See All Reviews >>
SIMILAR BOOKS
Fiction

The Ancestry of Objects
Tatiana Ryckman
Positive
What did you think of Highway Blue?
© LitHub | Privacy