Here Is the Beehive 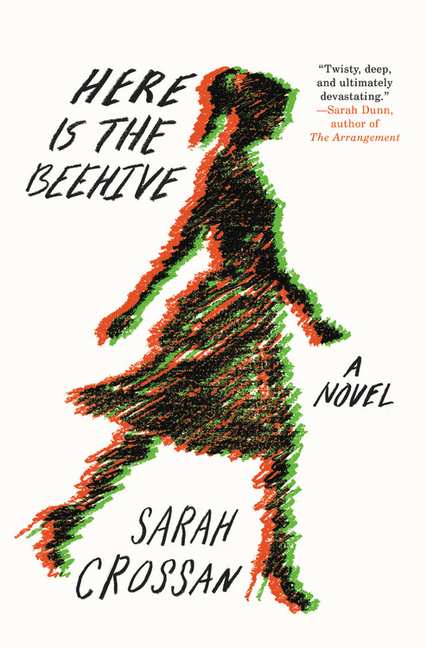 As an estate lawyer, Ana Kelly can deal with death. But nothing could have prepared her for the call from Rebecca Taylor, explaining in a strangely calm tone that her husband Connor was killed in an accident. Ana had been having an affair with Connor for three years. This is the author's first adult novel.

What The Reviewers Say
Rave Bethanne Patrick,
The Washington Post
Before you think 'A novel in poetry? Hard pass!' give Crossan’s free verse a try. It flows as easily as honey, eliminating much of traditional narrative’s necessary blather. And it accomplishes a stream-of-consciousness feel that conveys both how quickly grief can shatter a person and how those shattered pieces still connect ... Some readers may experience slight confusion with Ana’s narration, because she speaks to Connor as if he’s still alive, reeling between past and present as it suits her. However, once you’ve absorbed Ana’s dilemma, you’ll understand Crossan’s purpose. Ana continues to work, to meet friends, to care for her children, to spar with her husband, Paul, all while she’s falling apart inside. Was the affair worth all that? Is any affair? The conclusion comes as a surprise and shows Crossan to be as thoughtful a novelist for the grown-ups as she has been for young people.
Read Full Review >>
Rave Julie Myerson,
The Observer (UK)
Adulterous affairs, with all their secrecy and thrill and inevitable fallout, are hardly an unmined seam in fiction. So it’s all the more impressive that with this, her first novel for adults, award-winning children’s author Sarah Crossan has not only found what feels like a whole new spin, but has managed it in verse. Here Is the Beehive is a gutsy, modern, deeply entertaining and, at times, faintly subversive-feeling piece of work. It’s also entirely and likably original in its execution, quite unlike anything I’ve read before ... it has all of a novel’s weight, breadth and tension, while at the same time slithering down the page with the sly spareness of a poem ... Crossan’s depiction of Ana’s interior state – tense, vulnerable, always teetering just on the edge of destructive – is appealingly unsentimental, almost disconcertingly frank at times. If I had a minor criticism, it might be that neither of the lovers ever quite seems fully to exist outside of the affair. We know all about their clothes and glasses of wine and the way they speak to and touch each other, but there’s a sense that not much lies beneath, as if, despite their spouses and jobs and children, neither is psychologically or physically rooted in anything other than the next stealthy rendezvous ... And perhaps that’s the point. But it doesn’t help that, while Ana is criticised by her husband for being a too often absent or disengaged mother, it’s sometimes hard for us to believe that she’s a mother at all. Writing about (rather than for) children does not seem to be Crossan’s strong suit and it is difficult to imagine that Ana ever gave birth to these two, let alone that they are also a little too quiet and cute ... Still, it’s hard to mind when the writing is so bright and alive and the novel is a triumph – crackling with psychological and sexual ambiguity – in its descriptions of a man who, all too depressingly believably, has zero intention of leaving his wife.
Read Full Review >>
Rave Sarah Gilmartin,
The Irish Times (IRE)
...the former Laureate na nÓg Sarah Crossan chooses a subject matter that makes it clear she’s no longer writing for teens ... a cleverly conceived, fast-paced tale about the tragic end of an affair ... It is a vivid, unusual beginning that unnerves the reader, landing us straight into the messy aftermath of an affair that ended abruptly ... The form is an inspired choice for a novel about infidelity – the snatched evenings and weekends, the deleted text messages and emails, love in an elliptical fashion ... What does a person get out an affair? What are they left with in the end? Who can they turn to when the only person who really understood their world is no longer alive? These questions give great momentum to Here is the Beehive. Ana’s reeling, off-kilter voice also keeps us guessing, particularly as the book takes a more menacing tone in later parts ... With both the style and structure of the book, the smallness of the affair comes through, how it can mean so much but ultimately represent so little.
Read Full Review >>
See All Reviews >>
SIMILAR BOOKS
Coming Soon

This Is How I Disappear
Mirion Malle, Tr. Aleshia Jensen and Bronwyn Haslam
Positive
What did you think of Here Is the Beehive?
© LitHub | Privacy