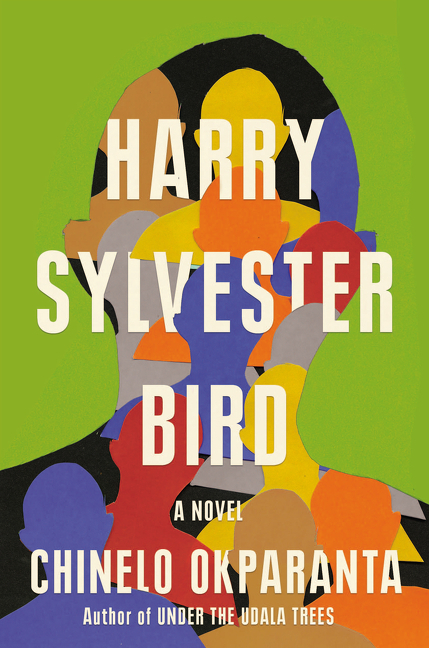 From the author of Under the Udala Trees and Happiness, Like Water comes a novel about a young white man's education and miseducation in contemporary America.

What The Reviewers Say
Positive Angela Ajayi,
The Star Tribune
... a curious forerunner of sorts, entering, with seemingly little trepidation and a lot of satire, into the unwieldy, tumultuous territory of racial reassignment ... Parody or not, the book insists on revealing the absolute worst of its white characters' main traits ... In this oddly affecting novel that attempts to deploy exaggeration as an engine for social awareness and redress, Okparanta has laid bare some of our most vexing issues on race and identity, most notably those involving extremism and intolerance. Her unorthodox approach invites us — at our own risk — on an offbeat journey at once rattling and revealing.
Read Full Review >>
Pan Nicholas Whittaker,
The New York Times Book Review
... fashions itself as an anthropological study of a contemporary white liberalism far less invested in the eradication of evil than in the ridiculous self-flagellations of the ruling classes. But it flattens its subjects, stripping them of both familiarity and farcicality. The result is a profound hollowness of character and form that undermines the novelist’s worthy ambition ... The novel’s racists — including both classic bigots, like Harry’s parents, and white liberals, like Harry — lack the nuance of real anti-Blackness. Every white person in Harry Sylvester Bird sounds and acts the way Twitter threads and Instagram infographics tell me white people sound and act. In fact, every Black person sounds like the strained, tsk-ing narrators of such 'online activism.' Both anti-Blackness and antiracism — and human beings — are far trickier than the pat instruction manuals guiding mainstream race discourse can allow. But in Harry Sylvester Bird, that trickiness feels unduly smoothed and streamlined. The richness of human behavior, especially at its worst, is lost ... also lacks the thrilling surrealism that animates successful racial caricature. The bumbling idiocies of these characters are, for the most part, devoid of any sense of absurdity. They’re presented as obviously immoral, obviously silly, obviously true; but satire works by making the familiar unfamiliar, the obvious unbelievable ... One fundamental step in this progression — a twist that emerges at the novel’s center — makes clear that Okparanta is the opposite of a shallow writer. This narrative beat, injecting a genuinely satirical, even anarchic energy into the book, is full proof of the author’s wit and sheer bravery. Somewhere within Harry Sylvester Bird is a more bracing book that disorganizes the world, rather than congealing it into trite ideological narratives. This alternate book struggles for air underneath the one we’ve got, and occasionally manages to surface ... finds itself caught up in an ominous trend: its satirical indictments of white liberalism reading as only so much rote gymnastics, mandated by the rules of antiracist art rather than inspired by any internal momentum from within the story itself. It seems as though the more ubiquitous such art becomes, the more toothless it grows. This reveals less about the cowardice of the modern artist than about the race politics that dominate the smarmy, self-assured world of modern liberalism ... This is the world Okparanta wants to tear open. But in its ultimate complacency, the novel reveals the stickiness of that egoistic 'antiracism,' the way it sneakily persists in structuring, and limiting, our art and our politics. Resigned to its own self-reflexivity, Harry Sylvester Bird won’t let itself say much worth saying.
Read Full Review >>
Mixed Poornima Apte,
Booklist
Okparanta takes on heavy subjects, including racism, environmental destruction, xenophobia, extremist politics, and the COVID-19 pandemic in an uneven attempt at satire. Harry’s parents, Chevy and Wayne, for example, come across as extreme caricatures, and significant aspects of Harry’s growth arc are missing. Okparanta hints at Harry’s sexuality in the first part of the book, which takes place during a vacation in Tanzania with his parents, but that is left unexplored as the story moves on to the young man’s body dysmorphia. This disjointed but ambitious and daring novel has its appeals, and some readers will appreciate the humor.
Read Full Review >>
See All Reviews >>
SIMILAR BOOKS
Fiction

The House of Fortune
Jessie Burton
Mixed
What did you think of Harry Sylvester Bird?
© LitHub | Privacy