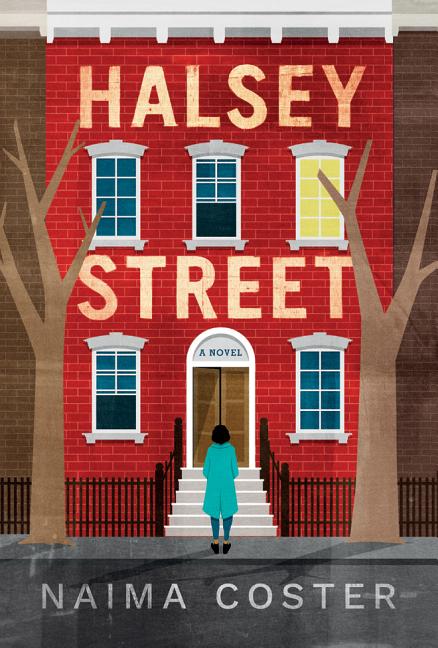 Penelope Grand has scrapped her failed career as an artist in Pittsburgh and moved back to Brooklyn to keep an eye on her ailing father. She’s accepted that her future won’t be what she’d dreamed, but now, as gentrification has completely reshaped her old neighborhood, even her past is unrecognizable.

What The Reviewers Say
Rave Anthony Domestico,
San Francisco Chronicle
Naima Coster’s Halsey Street is a consistently surprising first novel — surprising in its stylistic assuredness, in its moral complexity and in its emotional power ... In a work of literary realism like Halsey Street, it’s not so much novelty of conception as skill of execution that matters, and throughout Coster’s elegant writing lends even the expected elements interest and significance ... But where Halsey Street most impresses is in its sharp and sophisticated moral sense. Take the issue of gentrification. In lesser hands, this could become — in many works of contemporary literary fiction, does become — ham-fisted or preachy. Coster’s treatment, though, is always gracefully done.
Read Full Review >>
Positive Constance Grady,
Vox
...an incisive portrait of gentrifying Bed-Stuy, Brooklyn ... a quiet and introspective book, never flashy and rarely shocking. Instead, Halsey Street pays careful, detailed attention to the ways family ties can splinter and fester and ache ... It’s a detailed portrait that’s almost a love letter.
Read Full Review >>
Rave Kirkus
A quiet gut-punch of a debut ... Gorgeous and painfully unsentimental, the book resists easy moralizing: everyone is wonderful and terrible, equal parts disappointed and disappointing ... Coster is a masterful observer of family dynamics: her characters, to a one, are wonderfully complex and consistently surprising ... Absorbing and alive, the kind of novel that swallows you whole.
Read Full Review >>
See All Reviews >>
SIMILAR BOOKS
Fiction

All the Broken Places
John Boyne
Mixed
What did you think of Halsey Street?
© LitHub | Privacy