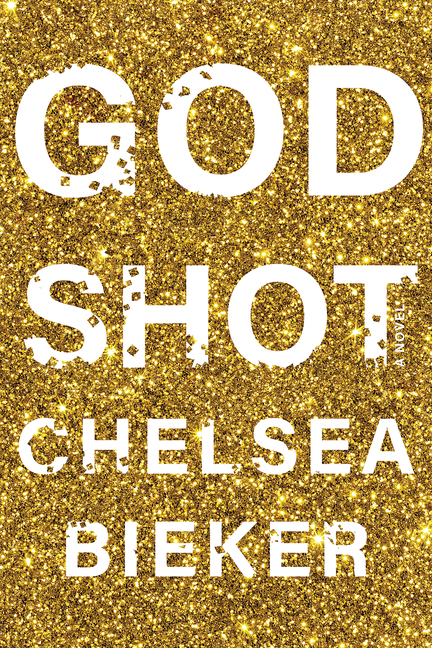 Lacey's life explodes when her mother, exiled from their community for her so-called sins, leaves Lacey behind to suffer alone the many appalling actions of the community's men. When Lacey decides to search for her mother, she has to find her own way through unthinkable circumstances.

What The Reviewers Say
Rave Mary Sollosi,
Entertainment Weekly
Drawn in brilliant, bizarre detail—baptisms in warm soda, wisdom from romance novels—Lacey's twin crises of faith and femininity tangle powerfully. Fiercely written and endlessly readable, a novel like this is a godsend.
Read Full Review >>
Rave Kristen Martin,
BOMB
... a propulsive, transporting read ... In Godshot, Bieker poignantly depicts the pain wrought by a living mother who has a become unreachable ... Bieker has crafted a uniquely vile cast of characters to surround Lacey, and the utter selfishness that undergirds the believers’ behavior keeps us rooting for Lacey’s burgeoning self-actualization ... Beyond her mesmerizing world-building, what Bieker ultimately captures so well in Godshot is how flimsy the stories we tell ourselves reveal themselves to be when we reckon with them critically. Lacey teaches us that our desperate search for meaning in something bigger than us can ultimately lead to finding salvation within ourselves.
Read Full Review >>
Rave Rabeea Saleem,
The Chicago Review of Books
Chelsea Bieker does a stellar job of grounding the pre-apocalyptic premise of this story in the realistic, suburban setting of California’s Central Valley ... The story starts on a slow note and for the first 50 pages, it is not quite clear where it is headed. The narrative really comes into its own when the characters and their motives become more precise. Godshot features one of the most authentic and tenderly written portrayals of the bond between a mother and daughter ... Bieker has a knack for coruscatingly describing humans at their most vulnerable. The passages that linger the most in memory are the ones in which readers’ can feel Lacey’s ambivalent feeling towards her perpetually inebriated mother ... This multilayered debut is filled with moments that are starkly grim and intensely moving. Bieker proves her mettle as a writer in how she expresses, through her characters, the whole gamut of emotions from selfless love to bottomless grief. Ultimately, this story illustrates the resilience and strength required to be a woman in an unforgiving man’s world.
Read Full Review >>
See All Reviews >>
SIMILAR BOOKS
Literary

What Could Be Saved
Liese O'Halloran Schwarz
Positive
What did you think of Godshot?
© LitHub | Privacy