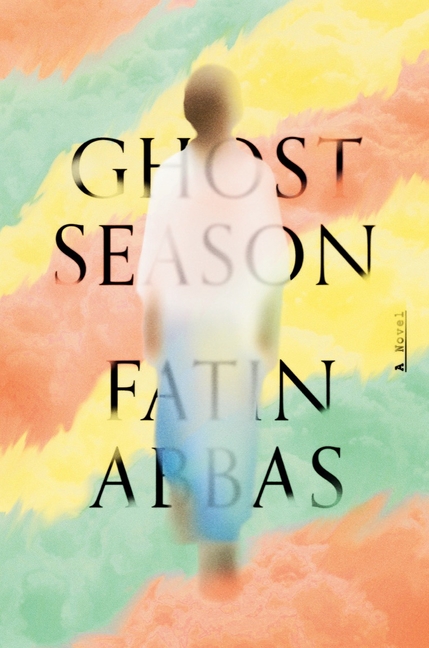 A mysterious burnt corpse appears one morning in Saraaya, a remote border town between northern and southern Sudan. For five strangers on an NGO compound, the discovery foreshadows trouble to come. South Sudanese translator William connects the corpse to the sudden disappearance of cook Layla, a northern nomad with whom he's fallen in love. Meanwhile, Sudanese American filmmaker Dena struggles to connect to her unfamiliar homeland, and white midwestern aid worker Alex finds his plans thwarted by a changing climate and looming civil war. Dancing between the adults is Mustafa, a clever, endearing 12-year-old, whose schemes to rise out of poverty set off cataclysmic events on the compound.

What The Reviewers Say
Rave Angela Ajayi,
The Star Tribune
Engrossing ... With great care and attention to place and character, [Abbas] writes into the eye of a perilous storm, panning from one orange-hued image to another on the page like a filmmaker ... Abbas is in no rush to have this all play out, sometimes at the risk of testing the reader's patience for sentimental love (William and Layla's) and for unabating terror ... By closing the novel with Layla's deeply inspiring story — that of a young nomadic woman, dogged by patriarchy and tragedy, who tastes sweet freedom for the first time — Abbas makes her authorial priorities poignantly clear.
Read Full Review >>
Positive Sulaiman Addonia,
The New York Times Book Review
While the book begins slowly, it picks up halfway through, when Sudan’s complexities are realized through the stories of those living in the compound, and the author’s rich imagination comes to life ... The book portrays the cyclical nature of violence and the psychological scars it leaves on ordinary people from all sides, highlighting how life persists despite the damage ... The author attempts to paint Alex here as an accidental hero, but a hero nonetheless. Thankfully, the novel is more affecting when it offers vivid accounts of what it feels like to live in a border area trapped between two warring factions. The prose can be expository at times, but the stories of civilians in the grip of uncertainty make for a haunting account and a daring debut.
Read Full Review >>
Rave Michael Sears,
New York Journal of Books
Abbas has drawn a rich and believable cast of characters, and we feel sympathy and involvement with them all. William’s gentle love story across race and religion with Layla is both charming and apparently doomed as the war creeps closer. Mustafa is unforgettable, an eleven year old fighting for a life in a world of largely hostile adults—sleeping in a tree to avoid petty thieves and pedophiles. Alex and Dena start with an almost disdainful outsider’s view of Saraaya, but they too become sucked into the fate of the local people as the tensions flare ... Abbas adds just the right amount of sense of place to paint the scene and the cultures without letting it get in the way of her characters and their stories. Ghost Season is a wonderful debut from a truly talented writer. This is an author to watch and, above all, to read.
Read Full Review >>
See All Reviews >>
SIMILAR BOOKS
Coming Soon