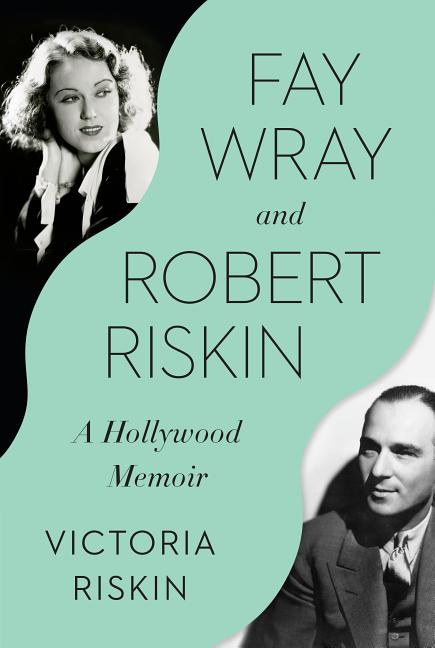 A dual biography of two of Hollywood’s most famous figures, whose golden lives were lived at the center of Hollywood’s golden age, written by their daughter, an acclaimed writer and producer.

What The Reviewers Say
Rave Edith G. Tolchin,
New York Journal of Books
Riskin is generous with the beautiful story of her wonderful life with her mother, who passed away in 2004 at the age of 96. And equally as generous with details of her brief life with her dad, Robert Riskin ... bountiful ... Victoria Riskin’s lovely style of alternating entire chapters between Fay Wray and Robert Riskin remained through a good portion of the book, up until Wray met Riskin at a 1940 Christmas Eve party in Hollywood. And the rest, as they say, is history. Chapters and their subjects merged as Fay and Robert became a couple ... A comprehensive work of the formation of Hollywood studios’ labor unions, politics, the post-WWII communism scares, personal and professional photos, the many movie posters from, as well as information about, every film both Fay Wray and Robert Riskin ever made, grace this memoir ... an abundant account of what it’s like to be the daughter of Hollywood’s original power couple, and a must-read for fans and others with celebrity stars in their eyes.
Read Full Review >>
Positive David Pitt,
Booklist
Fascinating ... necessarily a deeply personal story, informed by the author’s affection for her parents, but it’s also a revealing story about Hollywood in its early years, as the movie business took over the world and turned its players into not just celebrities but also icons ... This, of course, is hardly the first Hollywood bio written by a child of the subjects, but it’s one of the most refreshing: a story about love and respect, not secrets, dirt, and lies.
Read Full Review >>
Positive Scott Eyman,
The Wall Street Journal
Riskin remembers her parents with warmth and a perceptible touch of melancholy ... Wray’s diary entries, along with the adoring love letters Riskin wrote her when he was engaged in his war work, constitute the raw, mournful heart of their daughter’s touching memoir.
Read Full Review >>
See All Reviews >>
SIMILAR BOOKS
Biography

My Girls
Todd Fisher
Positive
What did you think of Fay Wray and Robert Riskin: A Hollywood Memoir?
© LitHub | Privacy