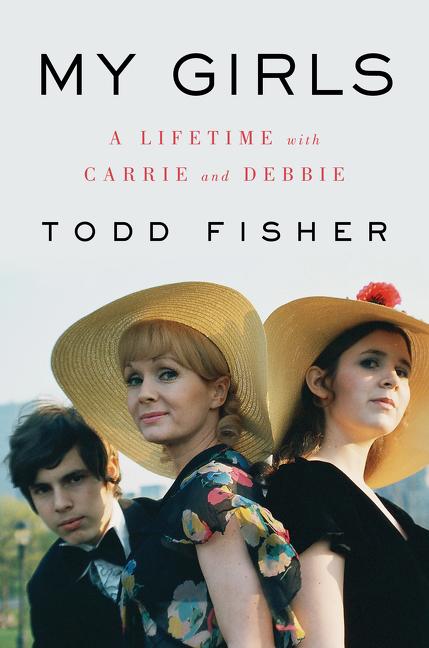 A tribute to the lives of Carrie Fisher and Debbie Reynolds written by the person who knew them best, Todd Fisher's poignant memoir is filled with stories of growing up among Hollywood royalty and illustrated with never-before-seen photos and memorabilia.

What The Reviewers Say
Positive Janine Basinger,
The Wall Street Journal
Mr. Fisher’s book surprises ... Mr. Fisher is never cruel about her but doesn’t flinch from describing [the truth] ... Todd Fisher’s book tells a reader all about both of them, but his story is really about three people, not two. It’s a family story, part comedy, part tragedy, both an homage and a cautionary tale.
Read Full Review >>
Positive Kirkus
[An] even-keeled and affectionate memoir... Fans of Reynolds and Fisher should be pleased by this satisfyingly rich look at their lives, in which the shocking bits are always mitigated by love and understanding.
Read Full Review >>
Positive Publishers Weekly
Fisher candidly portrays a lifetime of crises... More than a Hollywood tell-all, Fisher’s memoir of a family’s love and endurance under trying and sometimes outrageous circumstances is a clear-eyed tribute to lives lived to the fullest.
Read Full Review >>
See All Reviews >>
What did you think of My Girls?
© LitHub | Privacy