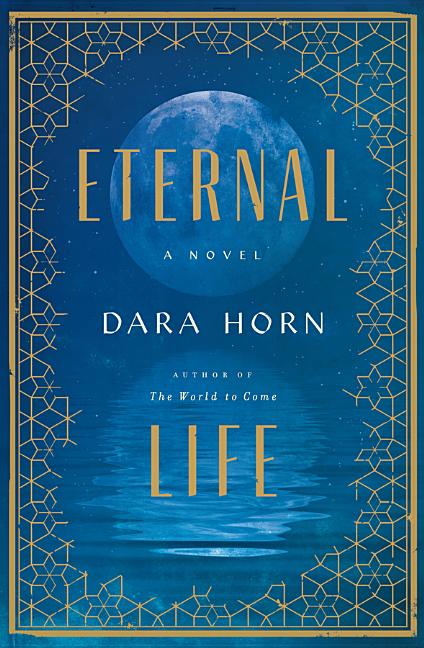 A two-time winner of the National Jewish Book Award for Fiction offers the story of Rachel, who in this novel has lived for 2,000 years, since she made a spiritual bargain to save the life of her first son back in Roman-occupied Jerusalem. Her recent troubles―widowhood, a failing business, an unemployed middle-aged son―are only the latest in a litany spanning dozens of countries, scores of marriages, and hundreds of children.

What The Reviewers Say
Rave Bob Goldfarb,
The Forward
Eternal Life, a novel both adventurous and wise ... is no allegory—it’s a love story, or many love stories, with the same conflicts and joys and heartbreaks that are part of any life ... Dara Horn captures the sights, smells, and sounds of Jerusalem under Roman occupation as vividly as she portrays Manhattan in our present moment of blockchain speculation and genetic research. She is also intellectually provocative ... Eternal Life is enlivened by witty, mordant depictions of everyday life ... Dara Horn brings immense imagination to her gripping story—an ambitious, satisfying, and moving meditation on what we ultimately live for.
Read Full Review >>
Positive Joshua Max Feldman,
The New York Times Book Review
...captivating ... The origins of Rachel’s predicament date back to the days of the Roman occupation of Jerusalem, a world Horn recreates with a deft and convincing touch. As is often the case in Horn’s fiction, Jewish history and the lives of her fictional characters wrap around one another, as Rachel’s realization of her inescapable immortality coincides with a brilliant and brutal depiction of the destruction of the ancient Temple, one of the novel’s high points.
Read Full Review >>
Rave Felicity Long,
Washington Independent Review of Books
...a tour-de-force examination of the role death plays in a meaningful life; of love—both maternal and romantic—that endures beyond time; and of the relevance of religion in a changing universe. These are weighty topics, indeed, but author Dara Horn navigates them with a light touch, creating a tale that is both page turner and philosophical treatise on humanity’s timeless quest for meaning ... while there is plenty of sorrow in this sometimes-harrowing novel, it is also a slyly funny and ultimately hopeful take on the human condition and our ability as a species to find joy, even amid the ashes.
Read Full Review >>
See All Reviews >>
SIMILAR BOOKS
Fiction

Palmares
Gayl Jones
Positive
What did you think of Eternal Life?
© LitHub | Privacy