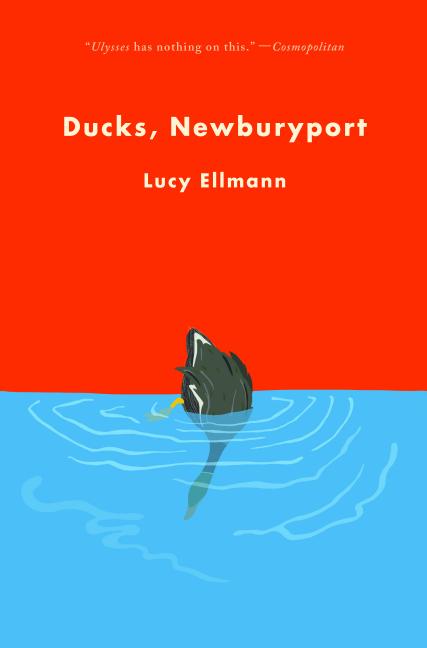 A torrent of consciousness, narrated in a single sentence by a home-maker living in Ohio, whose wandering thoughts remold the definition of literary language, while confronting the state of our current moment.
Positive
Based on 21 reviews

What The Reviewers Say
Rave Martin Riker,
The New York Times Book Review
For most of its 1,000 pages, Lucy Ellmann’s brilliantly ambitious seventh novel follows the unspooling consciousness of an Ohio housewife circa 2017, and does so almost entirely in one long, lyrical, constantly surprising sentence ... her voice has a distinct cadence ... since she is a curious, politically conscious, slightly frenetic person, we step into and out of subjects from Donald Trump to purple martins, global warming to Laura Ingalls Wilder, animal cruelty, school shootings, SpaghettiOs, industrial pollution, hydrangeas, even the word 'hydrangea' ... At times there’s such fury to these ruminations that the book seems to shift into direct cultural critique; at other times it all seems simply part of the story. The author’s hand never points us either way ... Whatever strangeness it presents has to do with the fact that, notwithstanding Ellmann’s great skills in narrative and character development, the overall effect is less plot-driven drama than vast existential collage. This is a novel, but it is also, fundamentally, a very long and meaningful list ... as accumulative, as pointed, as death-addled, as joyous, as storied, as multitudinous and as large as life.
Read Full Review >>
Rave Donna Liquori,
The Associated Press
Ducks, Newburyport by Lucy Ellmann is brilliant—and addictive ... The listings, beginning with 'the fact that' and separated by commas, aren’t just lumped together. There’s an art to them, a rhythm, that sort of takes you ... The reason this book resonates is that we all seem to be thinking in spirals, fueled by nonstop news, social media, and multiple screens. While the narrative seemingly jumps from one topic to another in a random stream of consciousness, reading it is an act of focus because it’s so mesmerizing ... The book could easily dissolve, considering its length, but Ellmann fortifies it with mini-surprises tucked in throughout the narrative. (Yes, this book has a plot and sticking with it offers a big payoff ending.) ... It's the lovely bits of this beautiful life despite all the ugliness that makes this book really resonate. It's not all a horror show, especially when the character talks about the tender relationship that she has with her family and her husband, Leo.
Read Full Review >>
Rave Katy Waldman,
The New Yorker
Much of the pleasure of this book is the pleasure of learning a puzzle’s rules ... Even more effective is the way the text circles particular fragments, layering them with meaning as their salience to the story becomes clear ... What emerges is almost a joking definition of consciousness: the facts of life exist, in a jumble, and this book is content to perform awareness of them ... Instead of evoking the felt experience of inner life, Ellmann seems to be creating a stylized braid of conscious and unconscious thought—an artifice that’s aware of its own construction ... there is restraint, and even intimacy, to the way that the book theorizes about 'the moment.' Ellmann captures the pathos of the everyday, how one might use pie crusts and film synopses to dam in pain ... Maximalism drives home Ellmann’s social critique...But the reader can wonder about the costs of this style, which explores what it would mean to record everything, to leave no stray thought or dream untagged. One effect of Ellmann’s portrait is that we’re privy to seemingly every piece of information; there’s no sense of selection, no room for the reader to project ... Ellmann’s commitment to compilation and description suggests a resistance to hierarchies. It also flickers with tenderness. The time and care that she lavishes on her narrator seem like their own form of political speculation—that every individual is owed an unending devotion, and that such devotion, applied universally, might change the fate of the world.
Read Full Review >>
See All Reviews >>
SIMILAR BOOKS
Fiction

The World and All That It Holds
Aleksandar Hemon
Rave
What did you think of Ducks, Newburyport?
© LitHub | Privacy