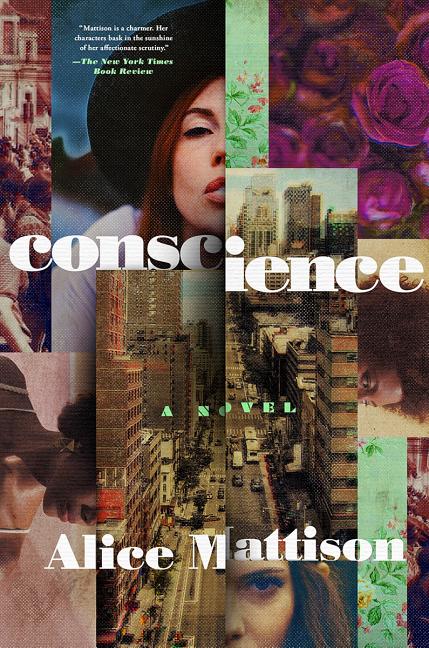 Acclaimed author Alice Mattison's new novel explores the hard choices a young woman and her friends made decades earlier at the height of the Vietnam War.

What The Reviewers Say
Rave Donna Seaman,
Booklist
...a writer of extraordinary psychological acuity and crisp wit ... [a] riveting tale of friends who protested the Vietnam War ... Mattison’s engrossing exploration of diverse matters of conscience is dynamic, precise, many-layered, funny, ambushing, and provocative as she marvels over how contradictory we are.
Read Full Review >>
Positive Ron Charles,
The Washington Post
Alice Mattison’s new novel wrestles with the irreducibly complex demands of having a conscience in an age of political depravity ... Conscience offers a thoughtful reflection on who gets to curate history and what responsibility we have — if any — to our loved ones’ myths ... a big, messy novel of ideas encompassing more subplots involving racial tensions, sexual betrayal, shifting standards of privacy and the rights of the homeless. Some readers may find this story as inviting as a ball of tangled yarn, but Conscience will please those who complain that so much literary fiction is a little too neat, ironical or even adolescent ... the real triumph of this ruminative novel is that it transports us back to a period when exercising one’s conscience was a national emergency.
Read Full Review >>
Positive Lisa Fetchko,
The Los Angeles Review of Books
Mattison tells several stories in Conscience, and watching them grow and intersect is one of the greatest pleasures of the book ... The shifting perspective works well, as a chorus of 'I's (there are three of them—Olive, Jean, and, to a lesser extent, Griff) helps build a collective sense of the collateral damage of the war and the noisy overlap of friends, family, and lovers that make up a community. At a certain point, the voices seem to blend and merge, becoming almost one ... Most of the plot elements fit together neatly, something we have come to expect from Mattison, who is very good with form. But characters, like Olive and Griff’s oldest daughter, are sometimes brought in to serve the plot, never to return ... But ... Every time I wanted to object, Mattison pulled me back in, some of which, I think, is connected to the book’s pacing, which is wonderfully slow and lush ... You could argue that Griff gets second billing because he’s a male character in a book about female empowerment, but Griff is also black, one of several black characters in the novel, none of whom have much of a voice ... to divide the world along the lines of race, gender, and ethnicity (black, Jewish, male, female) doesn’t serve the part of her story that takes place in New Haven in the 21st century ... It takes a long time to make sense of things, to paint a full picture of an important moment in history, especially one as fraught as the war in Vietnam, but this is the luxury (and, perhaps, the responsibility) of literature. And it should be applauded when it’s done well, as Mattison mostly does here.
Read Full Review >>
See All Reviews >>
SIMILAR BOOKS
Coming Soon

Victory City
Salman Rushdie
Rave
What did you think of Conscience?
© LitHub | Privacy