Blood Runs Coal: The Yablonski Murders and the Battle for the United Mine Workers of America 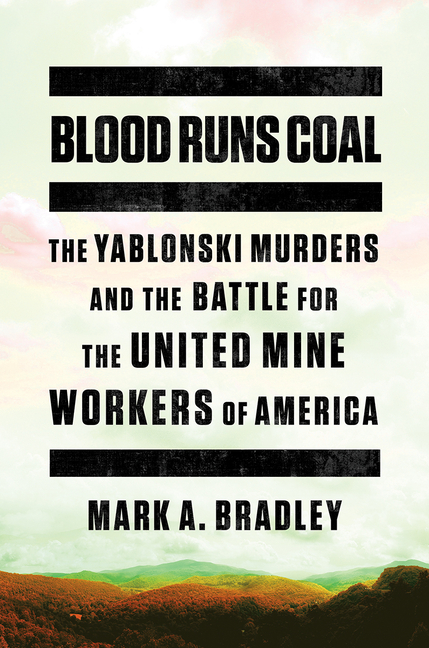 The most infamous crimes in the history of American labor unions, the Yablonski murders triggered one of the most intensive and successful manhunts in FBI history — and also led to the first successful rank-and-file takeover of a major labor union in modern U.S. history, one that inspired workers in other labor unions to rise up and challenge their own entrenched, out-of-touch leaders.

What The Reviewers Say
Positive Steve Nathans-Kelly,
New York Journal of Books
In Blood Runs Coal, former CIA officer and Justice Department attorney Mark A. Bradley reveals the appalling story of the Yablonski murders, combining elements of true crime drama and legal thriller with a perceptive exploration of a transformative moment in modern labor history ... Bradley brings a fascinating cast of characters into the story.
Read Full Review >>
Rave Steve Halvonik,
The Pittsburgh Post-Gazette
The author is a former Justice Department lawyer, and his writing style seldom deviates from a criminal affidavit’s dry recitation of dates and facts. But when the details are this lurid and grisly, a little understatement is probably a wise choice ... The Boyle-Yablonski rivalry unfolded like a biblical parable ... The murders sparked a grassroots rebellion that led to the union adopting almost all of Yablonski’s 1969 reform platform. Among the changes: a new constitution, free elections and improved health and pension benefits.
Read Full Review >>
Rave Bookreporter
An extraordinary portrait of one of the nation’s major unions on the brink of historical change, Blood Runs Coal comes at a time of resurgent labor movements in the United States and the current administration’s attempts to bolster the fossil fuel industry. Brilliantly researched and compellingly written, it sheds light on the far-reaching effects of industrial and socioeconomic change that unfold across America to this day.
Read Full Review >>
See All Reviews >>
What did you think of Blood Runs Coal: The Yablonski Murders and the Battle for the United Mine Workers of America?
© LitHub | Privacy