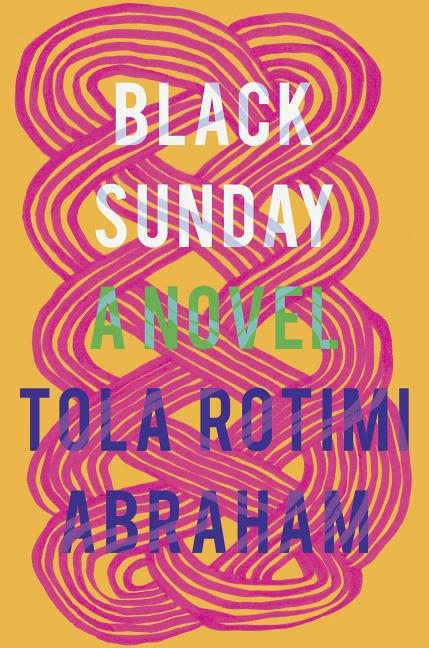 Following the fate of one family over the course of two decades in Nigeria, this debut novel tells the story of four siblings' search for agency, love, and meaning in a society rife with hypocrisy but also endless life.

What The Reviewers Say
Rave Gabino Iglesias,
NPR
Black Sunday will destroy you. It won't be an explosion or any other ultraviolent thing. Instead, the novel will inflict a thousand tiny cuts on you, and your soul will slowly pour from them. Well, at least I think that's what Abraham wants to do. I'm sure that's the reason this gem of a novel is packed with so much poetry, pain, abandonment, abuse, heartbreak, and poverty ... The first standout element in Black Sunday is the writing itself. Abraham mixes poetry, Yoruba, pidgin English, and street philosophy into a mesmerizing style. The novel's chapters alternate between the point of view the four siblings, and each one has a distinctive voice that makes whatever they're talking about feel like something that happened to someone you know ... Abraham creates believable characters whose stories could easily have come from real life, stories full of mistakes, rejection, and poverty that mirror some of the things we've all lived through. That makes them simultaneously unique and universal, and it makes it easy to understand the way they see the world, even if their lens is ugly ... a literary wound that bleeds pain for a while, but you should stay the course, because that's followed by lots of love, beauty, and hope.
Read Full Review >>
Rave Keith Contorno,
The Chicago Review of Books
... a story of tragedy. It is not supposed to be hopeful. But there is hope in the telling ... Their stories are so blunt and intimate that the pain and confusion that inhabit the siblings’ experiences are never really absent, even before they are abandoned by their mother and father ... Abraham’s gift as a writer is her ability to simultaneously see peoples’ lives as both stories and as something more than narrative ... Her awareness of how difficult it is to separate from self allows her to better attempt to connect the reader to a critique of materiality, to a reminder that masculinity needs redeeming, to the knowledge that young boys are also victims in a patriarchy, and to the idea that toxic manhood is sublimated through institutions like marriage, church, and school. Overall, the work is committed to making stories personal, and paradoxically, the tales within her novel provide the reader with something that seems like more than merely a story ... Each chapter in the work is its own little black Sunday. But, although Abraham’s novel can be described as an exercise in confronting pain, her narrative is also an exercise in emboldening the 'female spirit.'
Read Full Review >>
Positive LaParis Hawkins,
Booklist
Abraham’s debut novel tackles weighty topics like rape, self-discovery, and the mischief of prominent religious figures with a refreshing elegance. Bibike and Ariyike are nuanced characters who often make decisions with a jarred moral compass. Abraham gently ushers readers into both sisters’ perspectives, inviting us into their journey to autonomous peace.
Read Full Review >>
See All Reviews >>
SIMILAR BOOKS
Fiction