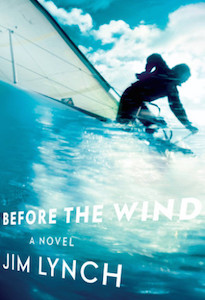 A cautionary tale of the costs of obsession, focusing three generations whose devotion to sailing holds them together and tears them apart.

What The Reviewers Say
Positive Caitlin Macy,
The New York Times Book Review
Writers have long found poetry in sailing. Lynch’s skill is to find it in the mundane tasks and motley milieu that underpin glory on the water: boat maintenance and the quirky (stoned and hung over) savants who do it ... Lynch’s profound familiarity with this world endows his narrator with an appealingly blasé expertise in all things nautical but also a tender side for those who lack it. He is wonderful on the panoply of owners, too, touching briefly on the fat cats with their vanity race boats while lingering, with real affection, over the live-aboard dreamers at the 'hobo marina' ... This is an incredibly robust evocation of the sailing world of Puget Sound. That, and the memorable portrait of Ruby Johannssen, carried me through the final pages of the novel, in which several plot lines are somewhat hastily wrapped up. Unlike his namesake, Joshua Slocum Johannssen doesn’t circumnavigate the globe, but in this lovably obsessive work, Lynch’s microcosm will do just as well.
Read Full Review >>
Positive Barbara Lloyd McMichael,
The Seattle Times
...in his latest novel [Lynch] once again captures some of that elemental profundity that made his first book so special ... probing the essential life force of people, spending nearly 300 pages with the Johannssen clan, a family of geniuses and misfits that adheres to its Icelandic roots by feeling more at home at sea than on land ... It is no mistake that the very first word in this book is Einstein, or that the last chapter also invokes the Nobel Prize-winning theoretical physicist, who was an ardent amateur sailor. Lynch is writing about physics. About laws of attraction. About relativity and relationships. The latter may always be more profoundly perplexing than the former — and that’s what makes for absorbing novels such as Before the Wind
Read Full Review >>
Positive Sam Sacks,
The Wall Street Journal
an affectionate and very funny tribute to the gentle madness of sailing diehards ... Josh’s sardonic commentary on the mystique of sailing will amuse even readers who can’t tell a jib from a spinnaker. (His hilarious gloss on the Viagra commercial that confusingly features a middle-aged man alone on a boat is worth the cover price on its own.) And while Mr. Lynch often steers in the direction of sitcom whimsy—scenes of Josh’s dating misadventures are unneeded ballast—his writing is propelled by his appreciation of the obsessives and eccentrics who populate the country’s marinas.
Read Full Review >>
See All Reviews >>
SIMILAR BOOKS
Fiction

Girl A
Abigail Dean
Rave
What did you think of Before the Wind?
© LitHub | Privacy