An Inventory of Losses 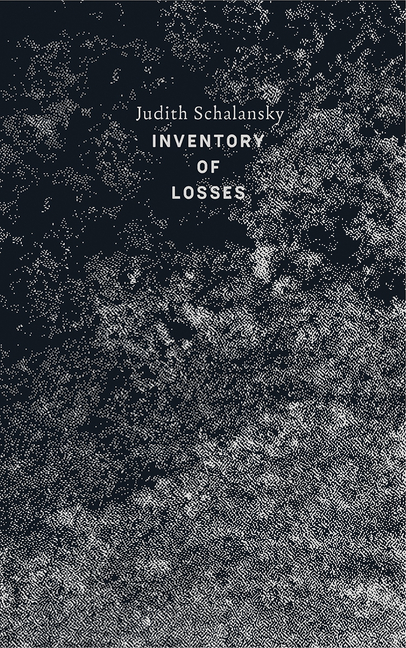 Each disparate object described in this book―a Caspar David Friedrich painting, a species of tiger, a villa in Rome, a Greek love poem, an island in the Pacific―shares a common fate: it no longer exists, except as the dead end of a paper trail.

What The Reviewers Say
Rave Fiona Bell,
The Los Angeles Review of Books
Today’s sheltered-in-place readers will be thrilled to encounter a writer who believes that physical attendance isn’t always necessary for true engagement ... Schalansky treats each of the 12 objects cataloged in her new book with an almost religious awe, like a believer giving herself up to be inhabited by spirits ... Throughout the book, Schalansky studies and adopts the lexicons of bygone worlds. In her translation, Jackie Smith has made similar forays into diverse English lexicons. Dozens of the words were new to me...Since my English fluency seems to end at the pavement’s edge (almost all of these words describe the natural world), it’s no wonder I found the Ryck River vignette rather tedious. My experience confirms the seriousness of recent concerns about environmental literacy: some have proposed that, as children spend less time outside, they have less occasion to learn the vocabulary of the natural world ... Given Schalansky’s interest in extinct species and forgotten landscapes, An Inventory of Losses is sure to be read as a text about the climate crisis — an archive of a vanishing natural world, as well as a primer for imagining all that’s been lost ... a project like Schalansky’s is broadly useful to a society unable to fully apprehend its losses: the true number of COVID-19 deaths, for example, or the true count of victims of racist violence ... Schalansky’s book, too, is limited. It is not a full inventory but rather a dozen selections from an imaginary, unabridged list of all the world’s losses. The impulse to catalog, rather than the cataloged items themselves, is at the center of the project ... in the final analysis, Schalansky’s core message remains true: in looking for lost things, we necessarily reorient ourselves. Remembering isn’t inherently heroic, but forgetting our own responsibility to the present is tragic. Indeed, our task is to engage in politically motivated, thoughtful memory projects.
Read Full Review >>
Rave Lisa Rohrbaugh,
Library Journal
... stunning ... Schalansky illuminates these 'lost' inventoried gems with thorough research and details, making us ponder their transitory quality. Her descriptive writing of nature and botanical subjects is particularly accomplished. Indexes of persons, images, and sources are included ... In her quest to find meaning for herself, Schalansky examines life and death in a work that will inspire many hours of talk for book discussion groups. Not to be read quickly but savored and contemplated.
Read Full Review >>
Rave Kirkus
... a collection of beautifully constructed stories about objects that have not survived the test of time ... Tying the stories together are Schalansky’s evocative, precise descriptions and the sense of wonder in confronting the sheer immensity of what has been lost ... Schalansky’s meticulously researched stories are poignant reminders of the extent of our impact on the natural world and a call to honor the animals, objects, and places that, due to our own negligence, have ceased to exist ... An exploration of extinct animals and objects told through dazzling stories that question the bounds of memory and myth.
Read Full Review >>
See All Reviews >>
What did you think of An Inventory of Losses?
© LitHub | Privacy