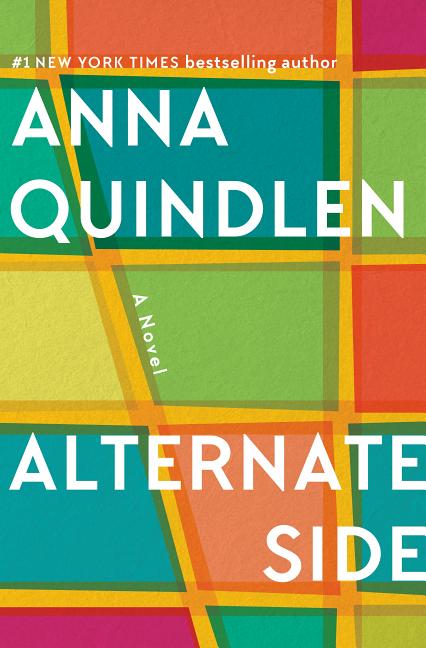 The Nolans live a charmed life on Manhattan's Upper West Side, until a violent incident over a parking spot reveals the fault-lines of race, class, and monogamy shifting beneath the surface of their seemingly idyllic neighborhood.

What The Reviewers Say
Positive Sue Corbett,
The New York Times Book Review
If a novel about 'first-world problems,' as [protagonist] Nora’s daughter calls them, already has you rolling your eyes, remember that Quindlen, who won a Pulitzer Prize for commentary while a New York Times columnist, is one of our most astute chroniclers of modern life. This novel may be too quiet for some, too populated with rich whiners for others, but it has an almost documentary feel, a verisimilitude that’s awfully hard to achieve. There’s no moment that feels contrived or false, except perhaps to non-New Yorkers who may find it impossible to believe that anyone would consider $350 a month for a parking space a bargain too good to pass up.
Read Full Review >>
Positive Patty Rhule,
USA Today
Well-meaning people of the world who enlist others to clean their homes and nanny their children, prepare to be made uncomfortable by Quindlen’s astute observations about interactions between the haves and have-nots, and the realities of life among the long-married ... Quindlen’s book reads like a metaphor for our divisive times. Americans seem to live on alternate sides, scrapping any sense of unity in desperate pursuit of a parking space in the Big Apple of life.
Read Full Review >>
Mixed Rob Merrill,
The Associated Press
Anna Quindlen has written a book that only a New Yorker — or at least someone who has lived there for a stint — could love. The rest of the world may have a hard time relating to the characters ... At 284 pages, the novel is taut and well-paced. You turn the pages wanting to know where things are headed. But in the end, the story seems all too unfamiliar to anyone who didn’t go to private school or attend catered community barbecues. You realize the events of the novel are Very Important to the characters, but to those of us looking in from the outside, it’s a story filled with first-world problems ... All told, if you’ve read Quindlen before and liked it, you’ll probably like this book. If this is your first time, it may be an acquired taste, but don’t let this review prevent you from giving it a shot.
Read Full Review >>
See All Reviews >>
SIMILAR BOOKS
Coming Soon

The Last Karankawas
Kimberly Garza
Rave
What did you think of Alternate Side?
© LitHub | Privacy