Divide Me by Zero
Lara Vapnyar
What The Reviewers Say
Rave Poornima Apte,
Booklist
Vapnyar distills and synthesizes different identities: immigrant, lover, wife, and daughter. As Katya movingly explains when she hits her forties, she always thought she lived in an 'Escher' house, a metaphor that can stand for the disjointedness of her entire life. Woven together with math concepts and plenty of raw feelings, this is a love story for those who are forever engaged in the pursuit of happiness.
Read Full Review >>
Mixed Jamie Fisher,
The New York Times Book Review
There are a handful of novelists who excel in describing, often from ludicrously comic heights, the Russian-American experience. Call it the Borscht Shelf: Gary Shteyngart, Boris Fishman and the resplendent Lara Vapnyar ... Divide Me by Zero, which begins with Katya’s Russian childhood and ends in her American middle age, is structured throughout with Nina’s flash cards and various missives from Katya ... The content of these notes leans toward the tediously self-evident ... The framing can feel contrived, though it’s in keeping with Vapnyar’s track record: deeply affecting but playful, edging into cutesy. The world hews closely to Vapnyar’s own life...but everything about it is slightly notched up, surreal ... So goes the bildungsroman half of the novel, which hits its stride midway as a brutally sad romantic comedy. ... Divide Me by Zero is a mordant tribute to lost loves, none more beloved or irretrievably lost than Katya’s mother.
Read Full Review >>
Positive Mari Carlson,
BookPage
... a clever novel encompassing love and death, couched in an instruction manual ... Graphs, illustrations, pictures and notes in the text add levity. Katya is very funny as well. She gets in trouble for laughing in sensitive situations. Her behavior is extreme and childlike. She’s easy to love, and her first-person voice is accessible and engaging. The men to whom she’s attached are bright and witty, sharing her love of literature and film. She mentions Alice Munro as a favorite author, and Vapnyar’s own admiration of Munro shows in the earthy, elegant prose ... Toward the end, the math associations fall away, and the anecdotes become shorter and more serious. The dark side of comedy shows through in a culminating glimpse of a life on the verge of sweeping change ... yields humorous and profound life lessons.
Read Full Review >>
Positive Letitia Montgomery-Rodgers,
Foreword Reviews
... plunges into dark comedic territory with savage grace ... A novel that treats the emotional territory of adulthood with devastating aplomb, Divide Me by Zero grasps the event horizon of parent-child relationships and the reckonings that lie in wait when their fundamental structures pass on.
Read Full Review >>
Positive Beth Andersen,
Library Journal
Geller’s latest is the fascinating story of a brilliant, emotionally volatile protagonist whose wicked humor appears in frequent asides made directly to the reader, along with a smattering of whimsical graphics, and Nina’s handwritten notes for her unrealized textbook. Smart, complicated, irresistible.
Read Full Review >>
Positive Darren Huang,
Full Stop
... multidimensional, inventive ... Vapnyar’s poignant, sensitively observed novel can be read as an act of demystification, a study of lost love. It is an attempt to understand love that has departed whether because of betrayal or loss of feeling.
Read Full Review >>
Positive Kirkus
As a whole, the novel is witty and honest and unflinchingly unsentimental. Katya’s voice is perfectly calibrated. But not all the characters are as vividly formed. Katya’s mother, in particular, remains a shadowy figure, which is unfortunate since she’s so crucial to Katya’s development. Katya’s husband, Len, comes into focus later in the book, but early on, especially when they first meet and fall in love, it’s not immediately clear what she sees in him. Then again, these are minor quibbles. Vapnyar is an enormously engaging writer with a wealth of material to draw from: the absurdities of modern life, of marriage and motherhood, the Soviet Union and the United States—the list seems endless. It’s almost impossible to put the book down without devouring it in one sitting ... A poignant, vivid, and frequently funny novel.
Read Full Review >>
Positive Publishers Weekly
Among the many pleasures of the novel is Vapnyar’s portrayal of the intellectual connection Katya has with her children, which is disarmingly lovely. Throughout, Vapnyar expertly exposes selfish desires and quiet discontent. This is a frank, amusing, and melancholy novel.
Read Full Review >>
SIMILAR BOOKS
Genre

How Lucky
Will Leitch
Positive
Genre 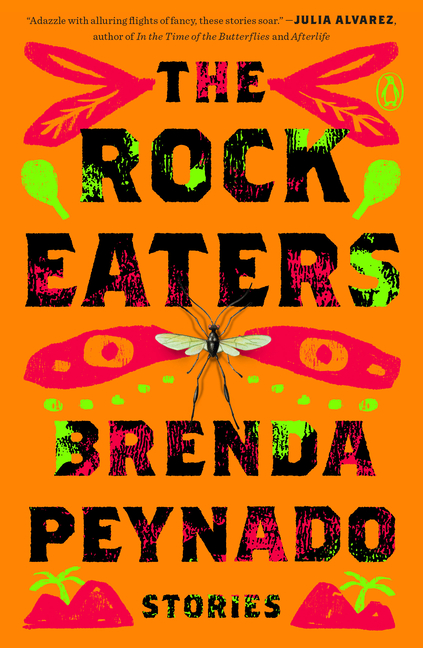