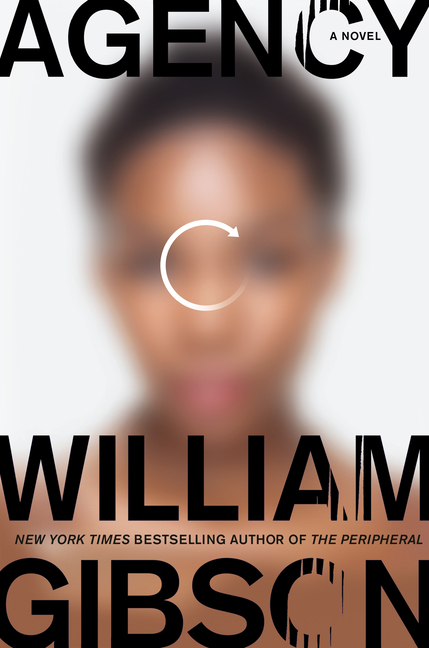 Hired to beta test a new AI called Eunice, “app whisperer” Verity realizes that she is working with some bleeding-edge tech. Eunice is sentient, self-aware, and from the future. Eunice has big plans for Verity, and the two go off the grid where they eventually are contacted by Wilf Netherton, from an alternate-future London

What is this?
Mixed
Based on 18 reviews

What The Reviewers Say
Rave Paul Di Filippo,
The Washington Post
... as engaging, thought-provoking and delightful as its predecessor. While the novelty of Gibson’s core conceit is no longer as startling, he still manages to squeeze fresh juice from the novum ... the intricate noir-thriller plotting affords constant entertainment and suspense ... Eunice is an extremely believable, idiosyncratic and highly polished character. So much so that her vanishing takes a little luster off the subsequent action. Her glib confidence and joie de vivre are really missed. But Verity, Netherton and the supporting cast offer plenty of anchoring interest ... Gibson fleshes out the 'present-day' venue of 2017 with his patented sharp vision for small and large cultural touchstones ... Gibson’s language is as zesty as ever ... what is different about this book, and the previous one, is a kind of elder statesman wisdom and optimism. Ironically, the 1980s — retrospectively a less fraught era — generated Gibson’s bleakest scenarios, while the arguably more dire present has seen him moving toward an almost Westlakean mordant lightheartedness ... Regardless of Gibson’s shifting ratios of glee to cynicism, he can always be counted on to show us our contemporary milieu rendered magical by his unique insights, and a future rendered inhabitable by his wild yet disciplined imagination.
Read Full Review >>
Rave Thomas J. Millay,
Los Angeles Review of Books
The first novel, titled The Peripheral, was a New York Times best seller notable for its heady mixture of drone manipulation, time travel, apocalypse, and alternate history, all these devices being combined in a narrative prose precise in its physical and technological descriptions ... Verity Jane, on the other hand, seems a kind of cipher for the action of the second novel: she basically goes along with everything, and is a fairly empty character as a result ... Verity Jane’s emptiness makes space for the novel to be full of other things: the above mentioned fast-paced action, but also a much more extensive development of characters familiar from the first novel, especially a public relations specialist named Wilf Netherton ... we can see why Gibson remains an essential novelist. We should not be deceived by the novel’s thriller form and science fiction trappings into thinking Agency is not serious, idea-driven literature ... The genius of Agency, particularly in its injection of affect in relation to Eunice, is to show just how much people — especially at this moment in history — desire such practical direction for their lives ... To finish Agency is to be initially happy, satisfied by the utopian ending — and then increasingly disturbed, as one continues to think about what this happy conclusion entails.
Read Full Review >>
Rave Cory Doctorow,
Los Angeles Times
Gibson has published Agency, a sequel to The Peripheral that is, incredibly, even better ... a superb, plot-heavy, poetic, darkly hilarious heist novel ... Thirty-five years after Neuromancer, Agency uses that same McGuffin, which makes the two novels wonderful counterpoints. Both are philosophical meditations on the nature of intelligence and humanity, and both are relentlessly plot-driven noirs ... It’s not just Gibson’s plotting that has progressed over the years. His use of language, always incandescent, has passed through its own singularity, keenly tuned ... Each sentence is a hand-turned marvel of compact characterization, world-building and sardonic wit, all used to illuminate his vivid milieus ... Gibson has an inexhaustible supply of tricks, new stories and new ways of telling them that make him the most consistent predictor of our present, contextualizer of our pasts and presager of our possible futures.
Read Full Review >>
See All Reviews >>
SIMILAR BOOKS
Literary

Unconquerable Sun
Kate Elliott
Rave
What did you think of Agency?
© LitHub | Privacy