After Me Comes the Flood 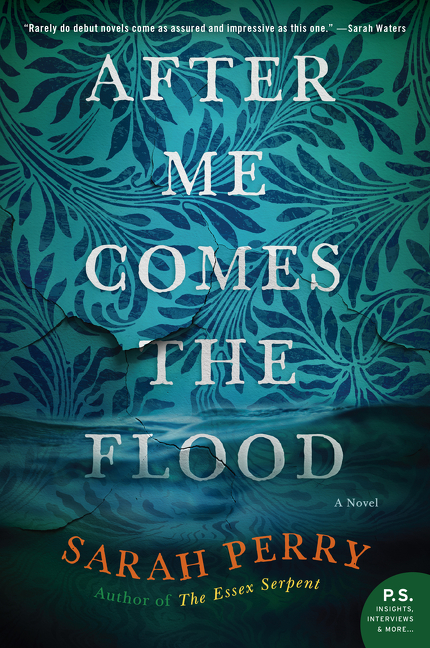 One hot summer’s day, John Cole decides to shut his bookshop early, and possibly forever, and drives out of London to see his brother. When his car breaks down on an isolated road, he goes looking for help and finds a dilapidated house. Entering the home, John discovers an enigmatic clan of residents all of whom seem to know who he is, and also claim they have been awaiting his arrival.
Positive
Based on 8 reviews

What The Reviewers Say
Rave John Burnside,
The Guardian (UK)
Reading Sarah Perry's extraordinary debut novel, it is hard not to reach for comparisons, if only in a bemused attempt to work out just why this book is so very good. On the surface, it seems straightforward ... I could not put this book down ... what Perry does here is to render the suspense metaphysical, one might even say environmental: we care about her characters, as we care about the characters in a novel by Thomas Hardy, say, but it is also the case that her dramatis personae, like Hardy's, are transcended by the drama that unfolds in the land, in the air and, most of all, in the water that surrounds them ... By the close...the careful reader emerges with a sense of having encountered a unique new writing talent, already working at a level of subtlety and restraint that many more seasoned novelists lack ... What makes this novel truly remarkable is its unique vision, its skilful and sophisticated characterisations, and the creation, without unseemly effects, of an atmosphere that will haunt readers long after the final page.
Read Full Review >>
Rave Malcolm Forbes,
The Star Tribune
... this impressive debut casts a spell that is at once sinister and seductive ... things become decidedly odd ... Perry infuses her narrative with disquiet and mystery ... One moment the inhabitants of the house feel like fully formed, flesh-and-blood creations ... The next moment they seem ethereal and unknowable forces of nature. In a similar vein, the house is both a concrete, finite space and a hazy, otherworldly realm suspended out of time ... We search for our own meaning while succumbing to her elegant prose and dark magic.
Read Full Review >>
Rave Holly Williams,
The Independent (UK)
...strange: ominously swollen with elusive significance. The action is unnervingly out-of-time: we might be in the future – the earth-scorching, bird-killing heat brought on by global warming – or in the past – no one has mobile phones or computers ... After Me is steeped in a quasi-religious atmosphere of impending doom. Perry was brought up in a religious home, deprived of pop culture in favour of 'classic literature, Victorian hymns, and the King James Bible'. Her work perhaps reflects such a diet: not only literate, it also harnesses the mythic power of religious and historical texts to lend weight and wonderment ... Perry is adept at peeling back the skin to reveal a detailed anatomy of psychological motivation ... Perry suggests that, in the end, there isn’t much that’s stranger than human love and envy, fear and desire. A gripping, memorable, impressive debut.
Read Full Review >>
See All Reviews >>
SIMILAR BOOKS
Fiction

Mount Chicago
Adam Levin
Mixed
What did you think of After Me Comes the Flood?
© LitHub | Privacy