A People's Future of the United States: Speculative Fiction from 25 Extraordinary Writers 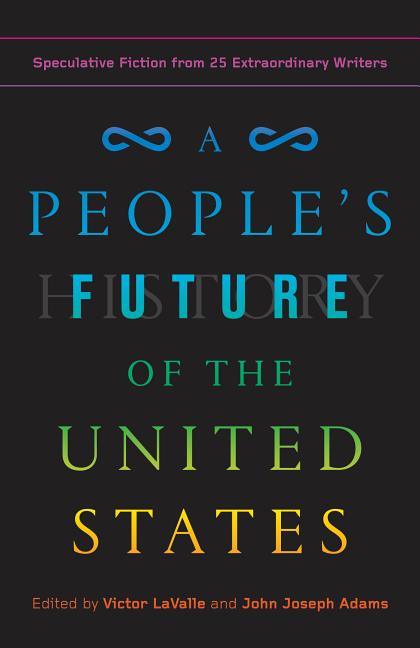 A collection of twenty-five tales explores the possible futures of the United States from such writers as G. Willow Wilson, Justina Ireland, Seanan McGuire, and Gabby Rivera.

What The Reviewers Say
Rave Jared Shurin,
Tor.com
Breaking an anthology like A People’s Future down into its component parts not only diminishes it, but misses out on the very purpose of its existence. This is not twenty-five individual and discrete voices; this is a holistic shout. And, let’s be clear, A People’s Future is undeniably a shout. It is not a debate or a discussion: it is a full-throated, blood-curdling scream ... the beautiful tragedy of em>A People’s Future is that it is entirely plausible… and fundamentally terrifying ... the stories are united by their outrage ... powerful anthology. This is not a book that will unify the country, nor bridge any of its many divides. In some stories, it is undeniably preachy; in others, it indulges the insular superiority of science fiction readers. But in others there are soaring heights of imagination, spirit and humanity ... As a vision—as a scream—em>A People’s Future is potent and resonant, with the potential to echo for years to come. For those it is speaking to, em>A People’s Future offers not hope, but belonging. A shared sense of outrage. A unifying call to arms. And, above all, the reassurance that now, then, and forever, you are not alone
Read Full Review >>
Positive Tereneh Idia,
Pittsburgh Post-Gazette
... a stellar group of writers that represents the multicultural reality of the United States. This refreshing multicultural representation...means the stories have a broader foundation and context for the telling ... It provides a clear path to examine what the future holds and to ask questions about what legacies we're building in the present ... A People's Future of the United States...shows that the future is the result of what we are writing now.
Read Full Review >>
Positive ARKADY MARTINE,
NPR
As a whole, the collection challenges the ideas of who the people of the future United States might be—and therefore also challenges assumptions about who the people of the United States are now. While not every story here is equally strong, the best of them all have small acts of defiance and connections between the marginalized at their hearts ... A People's Future of the United States is not a simple read, nor a comfortable one. It begins from the premise that our current precarious situation will almost certainly get much worse. But within all of the futures contained here, there remain people, people whose marginalizations, whose existence on the edges of what some ideologies would think of as America, have given them profound depths of resilience. These futures are not easy. But they show us how we too might find ways to live, and live well, no matter what is coming.
Read Full Review >>
See All Reviews >>
SIMILAR BOOKS
Fiction

The Deceptions
Jill Bialosky
Positive
What did you think of A People's Future of the United States: Speculative Fiction from 25 Extraordinary Writers?
© LitHub | Privacy