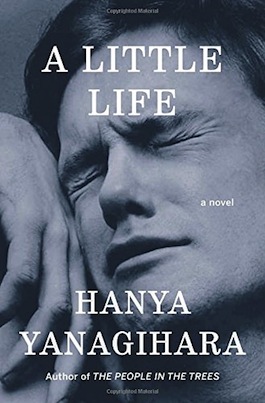 A Little Life follows four college classmates as they move to New York in search of fame and fortune. While their relationships, which are tinged by addiction, success, and pride, deepen over the decades, the men are held together by their devotion to the brilliant, enigmatic Jude, a man scarred by an unspeakable childhood trauma.
Positive
Based on 49 reviews

What The Reviewers Say
Rave Garth Greenwell,
The Atlantic
...the most ambitious chronicle of the social and emotional lives of gay men to have emerged for many years ... Just as Yanagihara’s characters challenge conventional categories of gay identity, so A Little Life avoids the familiar narratives of gay fiction. Yanagihara approaches the collective traumas that have so deeply shaped modern gay identity—sickness and discrimination—obliquely, avoiding the conventions of the coming-out narrative or the AIDS novel ... In this astonishing novel, Yanagihara achieves what great gay art from Proust to Almodóvar has so often sought: a grandeur of feeling adequate to 'the terrifying largeness, the impossibility of the world.'”
Read Full Review >>
Rave Jon Michaud,
The New Yorker
A Little Life becomes a surprisingly subversive novel—one that uses the middle-class trappings of naturalistic fiction to deliver an unsettling meditation on sexual abuse, suffering, and the difficulties of recovery ... Yanagihara’s rendering of Jude’s abuse never feels excessive or sensationalist. It is not included for shock value or titillation, as is sometimes the case in works of horror or crime fiction. Jude’s suffering is so extensively documented because it is the foundation of his character ... Yanagihara’s novel can also drive you mad, consume you, and take over your life. Like the axiom of equality, A Little Life feels elemental, irreducible—and, dark and disturbing though it is, there is beauty in it.
Read Full Review >>
Pan Carol Anshaw,
The New York Times Book Review
[Yanagihara] obtains narrative traction by withholding information. Where did Jude come by his limp, his chronic pain issues? What exactly is 'the injury' referred to time and again? This mechanism sparks the reader’s voyeuristic interest but comes with a sullying sensation. After a while, I understood I was being enticed to watch someone’s terrible suffering from a comfortable distance ... Yanagihara’s success in creating a deeply afflicted protagonist is offset by placing him in a world so unrealized it almost seems allegorical, with characters so flatly drawn they seem more representative of people than the actual thing. This leaves the reader, at the end, wondering if she has been foolish for taking seriously something that was merely a contrivance all along.
Read Full Review >>
See All Reviews >>
SIMILAR BOOKS
Fiction

Vladimir
Julia May Jonas
Rave
What did you think of A Little Life?
© LitHub | Privacy