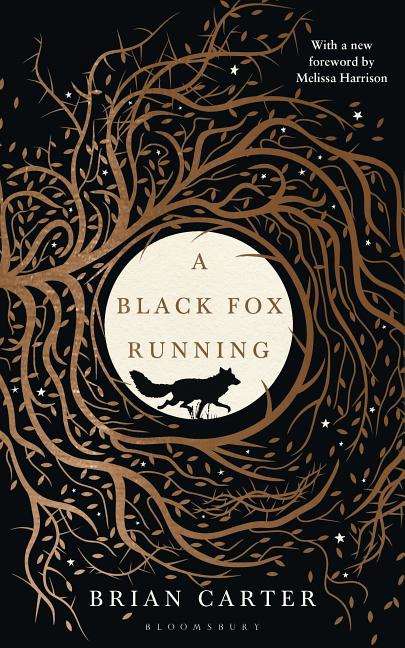 Originally published in 1981 by the late British artist—and now considered a classic—this is the story of Wulfgar, the dark-furred fox of Dartmoor, and of his nemesis, Scoble the trapper, in the seasons leading up to the pitiless winter of 1946.

What The Reviewers Say
Rave Melissa Harrison,
The Guardian
It is...quite mystical...some passages are steeped in the kind of fuzzy, pantheistic spirituality that would usually make me wince ... And yet it rises effortlessly above these potential hazards; the quality of the writing and the depth and clarity of Carter’s imagination turning it into something almost inexpressibly beautiful. His vision of Dartmoor as a complex living ecosystem is extraordinary; he seems to be able to hold everything in his mind at once ... His prose slips subtly from lyrical description to earthy humor, its rhythms sunk deep into my DNA as something to aim for, if never achieve.
Read Full Review >>
Positive Steve Donogue,
The Christian Science Monitor
Carter's book is unapologetically brutal; creatures both vile and virtuous are always vulnerable to deaths that are described in vivid detail, and the cruel English winters of the late 1940s are equally violent. But underneath the vying savagery and sentimentality, Carter tells a lovely tale fit to stand alongside animal-world classics such as Watership Down and The Wind in the Willows.
Read Full Review >>
Rave Lucy Jones,
Caught by the River
First off, Carter has a strikingly visceral, gutsy and imaginative way of writing about the natural world and the animal’s 360 degree perception of it ... His use of language is virtuosic and playful ... The pages come to life; you could almost imagine a worm crawling out from between them. Carter’s world has a fullness to it, from the macro to the micro ... I felt transported to the natural world he describes, with all its infinite variety, its sounds, and smells. And he doesn’t shy away from the violence of the non-human world ... This lost classic is, quite simply, remarkable, and I’m so pleased...to bring it back into print for a new generation.
Read Full Review >>
See All Reviews >>
SIMILAR BOOKS
Fantasy

40
Alan Heathcock
Positive
What did you think of A Black Fox Running?
© LitHub | Privacy