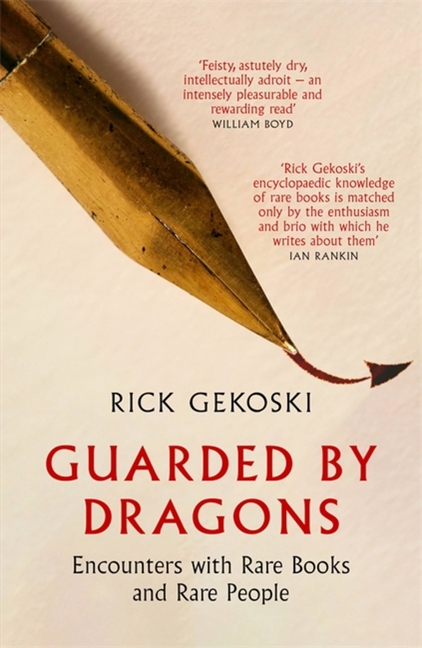 Rick Gekoski
Rave The Times A lot of Guarded by Dragons involves being menaced by lawyers...Matthew Evans, for example, the chairman of Faber, suddenly decided letters sent by authors to their editors, even if in a private capacity to their home address, were the exclusive property of the publisher. Gekoski calls this \'dangerous, stupid, tyrannical\'...When he first started, the rare book trade was \'stuffy, hidebound and unsophisticated\', with phones mostly disconnected because of unpaid bills...The trade has lately been rendered redundant by the Internet...Dusty little secondhand bookshops have disappeared, replaced by AbeBooks and Amazon, with the most recondite volumes competitively priced, available immediately...Gekoski regrets this passionately, believing online sales have led to \'the gradual decline of connoisseurship\'...Always excepting he doesn’t have to shove his arm up a cow’s bottom, Gekoski, a fine raconteur, does for bibliomania what James Herriot once did for pets and farm animals...As his previous books, such as Tolkien’s Gown, remind us he has a wealth of quirky and diverting stories, and you feel he could keep entertaining his readers forever.

John Davis
Mixed The Times Waterloo Sunrise, which deals with the \'complex, diverse, multifaceted\' subject of London until the advent of the Thatcher administration and \'entrepreneurial dynamism\' in 1979, is determinedly in this encyclopedic-kaleidoscopic strain...So we tend to dart about...We hear about the atmospheric fogs; in 1967, a quart of London air contaminated 10 million particles of soot and dust...We are given potted histories of docklands and of taxi drivers—\'Winston Churchill was a hero to the nation, but a bit tight when it came to tipping\'...Waterloo Sunrise is about London in economic decline...The \'eclecticism, irregularity and quirkiness\' of the city were not yet appreciated as strengths...Beyond looking at Buckingham Palace and the Crown Jewels, mass tourism hadn’t taken hold...As always, \'young runaways, addicts, single mothers, meths drinkers and drifters\' took the shine off grandeur, evidence of what the sociologists called \'the phenomenon of poverty in affluence\'...Davis, emeritus fellow in modern history and politics at The Queen’s College, Oxford, is good on London as an administrative centre and economic hub... When it comes to cross-checking obscure references in the archives of the Greater London Council or the Licensed Taxi Drivers’ Association, he is your man...But his subject is too vast, too various, for a lone academic...Weighty though Waterloo Sunrise is, it is only a sketch.

Robert Hardman
Positive Air Mail Even the most ardent royalist will now start thinking about republicanism — because how can we allow a system that amounts to cruelty and abuse to continue? ... What’s shockingly clear from Hardman’s account is that the Queen is forever being poked and prodded by her private secretaries and ministers ... For the most part Hardman...covers the same ground as the Netflix series The Crown...and has fun pointing out its anomalies and fabrications ... I relished many of Hardman’s incidental details ... Hardman is also fine on incidental royalty. 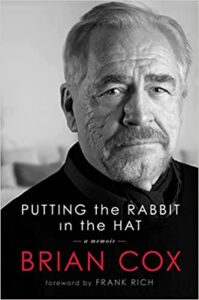 Brian Cox
Rave The Times (UK) Brian Cox has produced one of the funniest, most rip-roaring, irreverent and candid showbusiness memoirs this season, full of lively mockery ... Cox has a wonderful eye and ear for the absurd ... Cox’s book is like a transcription of a pub or after-dinner monologue: clever, perceptive, wandering back and forth chronologically ... Cox hops from subject to subject, amplifying themes, picking up where he left off. There are lots of asides and digressions, as in the best talk. \'We touched on it before\' is a typical phrase. It is loose, baggy, brilliant. 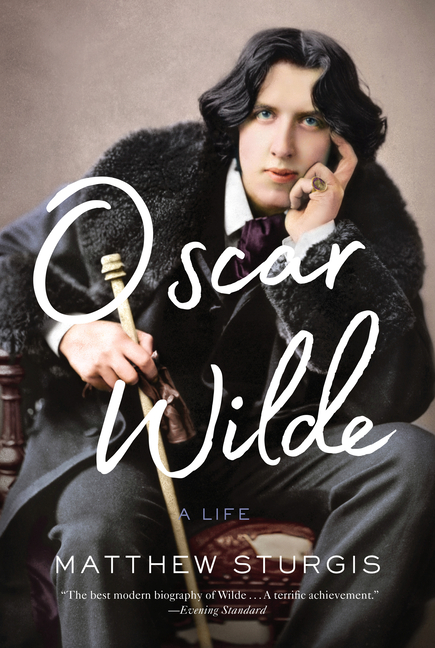 Matthew Sturgis
Pan The Times (UK) ... a perfectly diligent book, and tells new readers all they possibly need to know about Wilde and his world ... lacks the style, fizz, vim, zest and all the other ingredients of a literary critic’s cocktail cabinet ... By the end, after receiving 700 pages of the historian’s scrupulous detachment, Wilde comes across as a sleazy, cadging, mendacious figure, a vulgar slob who was addicted to a succession of rent boys ... There is little of the rich humanity, even gallantry, of Ellmann’s portrait ... Sturgis’s Wilde, stripped of his romance and gaiety, reduced to a historian’s hard facts, becomes a modish victim, where Ellmann’s Oscar, a literary figure, was a hero and an example. 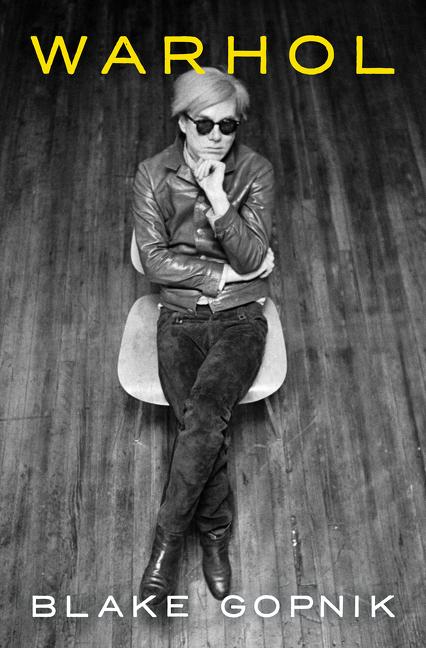 Blake Gopnik
Pan The Times (UK) Huge claims are made for Andy Warhol in this massive book. He is, says Blake Gopnik, \'the most important and influential artist of the 20th century\', who knocked Picasso off his throne ... to which the only intelligent response is a derisive: pig’s bottom! ... Warhol, surely, was a tiny overinflated talent, very much a product of Fifties and Sixties pop culture, whose sole insight was that lowly illustration had potential as fine art, that the transitory could be creative ... Warhol destroyed his archives of early commercial art. He wanted to be remembered only for his society portraits, which are tawdry. Much like this appallingly bloated book, with its naff prose: \'licking his lips at the prospect\', \'muddied the waters\', \'dipped a tentative toe\', \'to add injury to insult\', \'spent a pretty penny\' ... Asked why she shot Warhol, Solanas said: \'He’s a piece of garbage.\' His work mostly was. 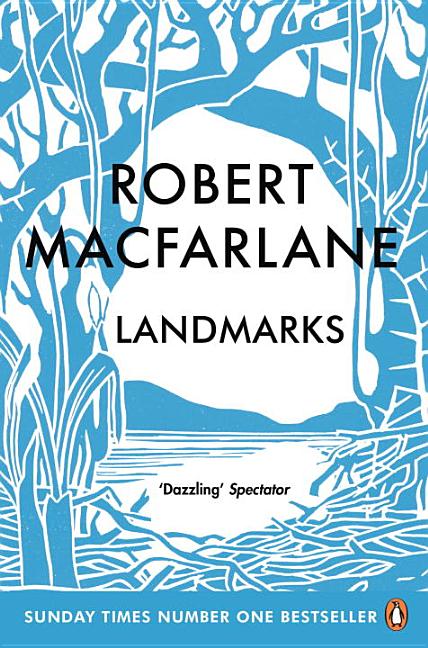 Robert MacFarlane
Positive The Times (UK) Robert Macfarlane’s Landmarks... is much more than a harrowing elegy for the British rural scene, with which up until recently we were intimately connected. The book is an apocalyptic vision ... [Macfarlane\'s] glossary contains... jewels ... Macfarlane provides enough evidence to show how language has both shaped our sense of place and terrain... and also how it embodies our national (and regional) personalities and temperaments.\ 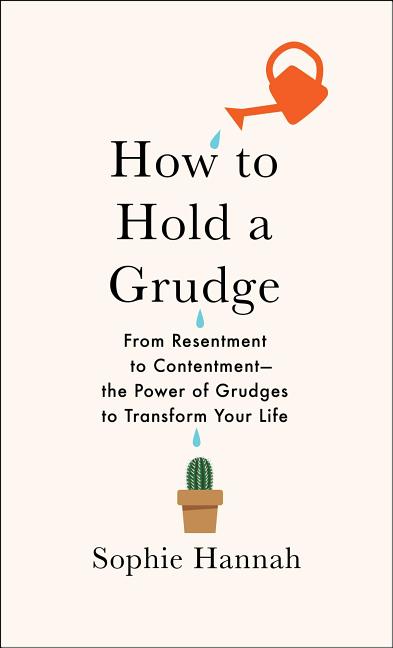 Sophie Hannah
Mixed The Spectator The excellence of Hannah’s compendium of bones to pick is that she’d allow us to feel, like Bellow’s Herzog, that ‘If I am out of my mind, it’s all right with me’ — and bearing grudges shouldn’t make us feel that we are cracked: they should give our confidence a boost, they remind us we are alive and alert, our senses still attuned ... this is also where I began to find How to Hold a Grudge confusing. Is it a self-help book, or a parody of a self-help book? I can never tell with this genre at the best of times ... Sophie Hannah is culpable of some of this cod enlightenment, especially when she says things like ‘a sunflower isn’t a grudge, and neither is a tortoise’. Can anyone not on drugs follow what that may mean?
© LitHub | Privacy