Natasha Lennard
Positive PopMatters There\'s a lot to talk about here...but Lennard manages to cover a lot of ground. Importantly, she explores the appeal of fascism, reminding us that even the most fervently self-avowed anti-fascist among us can fall prey to the lures of fascism\'s desire to dominate ... There\'s a refreshingly clear conscience to Lennard\'s writing. She doesn\'t get lost in the labyrinth of logic that drowns so many liberals; hers is a defense of both rights and social justice, with a very practical view toward how they can be used to complement each other. For those who are wondering whether it\'s okay to punch Nazis, Lennard offers useful food for thought (and a rounding endorsement) ... Being Numerous is a rewarding and thoughtful collection of essays, written in refreshingly clear, accessible and often beautiful prose. They\'re short, mostly comprised of previous pieces of journalism, but provocative and enlightening nonetheless, from an author we may hope to hear more from. 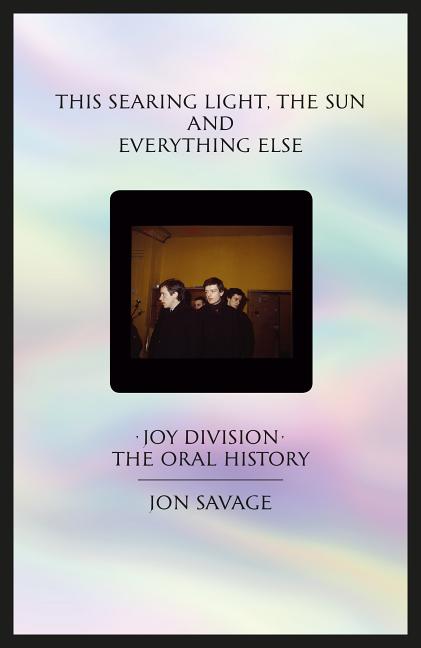 John Savage
Positive The Los Angeles Times By interviewing remaining members and those who bore witness, Savage’s oral history of the band carefully connects the dots ... how do four young men from the working class, in one of the toughest parts of a tough country, almost suddenly create not only some of the most enduring music from the late 1970s and early 1980s but also easily one of the most astonishing debut albums ever, Unknown Pleasures? In the pages of This Searing Light, we get many clues from the testimonies of those in close proximity to the band ... As matter-of-fact as the interviews are, and as carefully as Savage has laid out his case, the \'how\' of the band\'s amazing music is all but impossible to put your finger on ... This Searing Light, the Sun and Everything Else brings us a little closer to understanding the band and its incredible music.

Jared Yates Sexton
Positive The Los Angeles Times Sexton is not the first person to point out the fact and effect of toxic masculinity. The book is extensively footnoted but it is ultimately his confrontation of the forces that raised him — and the traps he willingly entered into — which give his reporting a narrative pulse and humanity that the field data only hint at ... The Man They Wanted Me To Be is both story and assessment. It is not a text book and should not be critiqued for what it lacks, but lauded for the awareness and empathy it can inspire.
© LitHub | Privacy