Fiction
Non-Fiction
All Categories
Alyson Ward Alyson Ward is a features writer for the Houston Chronicle. She started her reporting career at the Fort Worth Star-Telegram and has spent more than a decade writing about the people and places of Texas. She is a graduate of Baylor University and the University of Texas at Arlington. She can be found on Twitter @alysonward
Recent Reviews 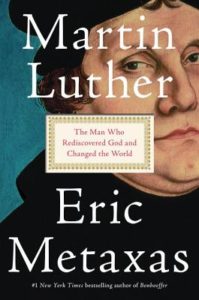 Eric Metaxas
Rave The Houston Chronicle Metaxas...has written a book that explores Luther's lasting impact - a biography designed to peel back the myths and reveal Luther as the fascinating and influential man he was … Instead of an audacious act of rebellion, Luther's complaint was quieter. In fact, Metaxas says, he didn't know he was about to start an all-out revolution that would create an irreparable divide in the church and change the world. And yet he did. 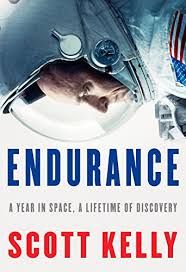 Scott Kelly
Rave The Houston Chronicle ...he's written a memoir that tells the story of his NASA career, his adventures in zero-gravity and his unlikely shift from underperformer to space station commander ... Much of Endurance is about the realities of life in that environment –– the mundane activities like eating, walking and tooth-brushing that become fascinating in zero gravity ... He's just as honest about his own shortcomings - the end of his first marriage, the troubles in his relationship with his daughter ...will be intriguing to anyone excited by NASA, space travel and the International Space Station. 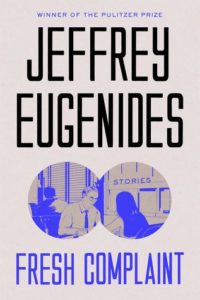 Jeffrey Eugenides
Positive The Houston Chronicle The book's stories present an array of flawed, complicated characters — people who are basically good and well-meaning but easily led into bad behavior … The men in these stories are not heroes. They eye younger women, steal from employers, go too easy on themselves. They struggle with money, peering into wealthier worlds they can't access … Women have prominent roles in these stories: the hard-hearted wife, the teenage object of desire, the single 40-year-old who decides she wants a baby and throws an insemination party. But only one story is written from a woman's perspective — and it is one of the best. 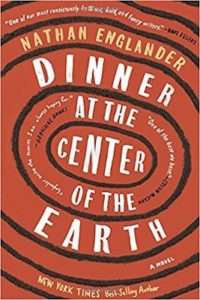 Nathan Englander
Positive The Houston Chronicle At heart, Dinner at the Center of the Earth is the story of an American who becomes an Israeli spy, then becomes a traitor to Israel for noble reasons. But, Englander acknowledges, the story is more complicated than that ... It's difficult to describe Englander's novel without giving something away. There's a delicious puzzle that becomes evident as it unfolds, and characters transform and surprise ... But as weighty and political as Dinner at the Center of the Earth seems, it's also a plot-driven page-turner. There's a love story, some trickery and a few careening escapes from danger ... Prisoner Z isn't smooth and spylike; this is no James Bond story. He makes mistakes, has doubts, falls in love and even enlists the help of his mother. 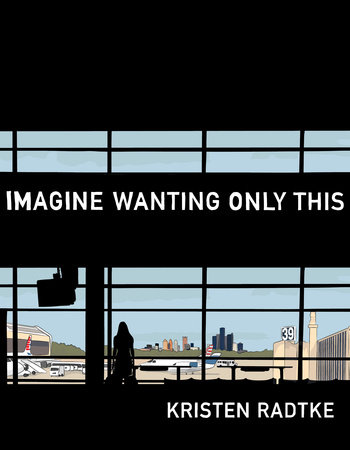 Kristen Radtke
Positive The Houston Chronicle What's most striking about Kristen Radtke's graphic memoir is the feeling of emptiness it summons in the reader. Imagine Wanting Only This is approached as a memoir, but really it's a rumination on ruins. Radtke's debut is part autobiography, part sobering reflection on the temporary nature of life and love, cities and civilizations ... Radtke's illustrations are clean and uncluttered, but a closer look often reveals an unexpected detail ... By the time New York is underwater, Radtke's story has washed away the reader's strength as well, leaving behind an almost cleansing sense of desolation. There's not much hope for the future - just the heavy knowledge that the present will become the past, that someone will sift through our ruins and wonder who we were. 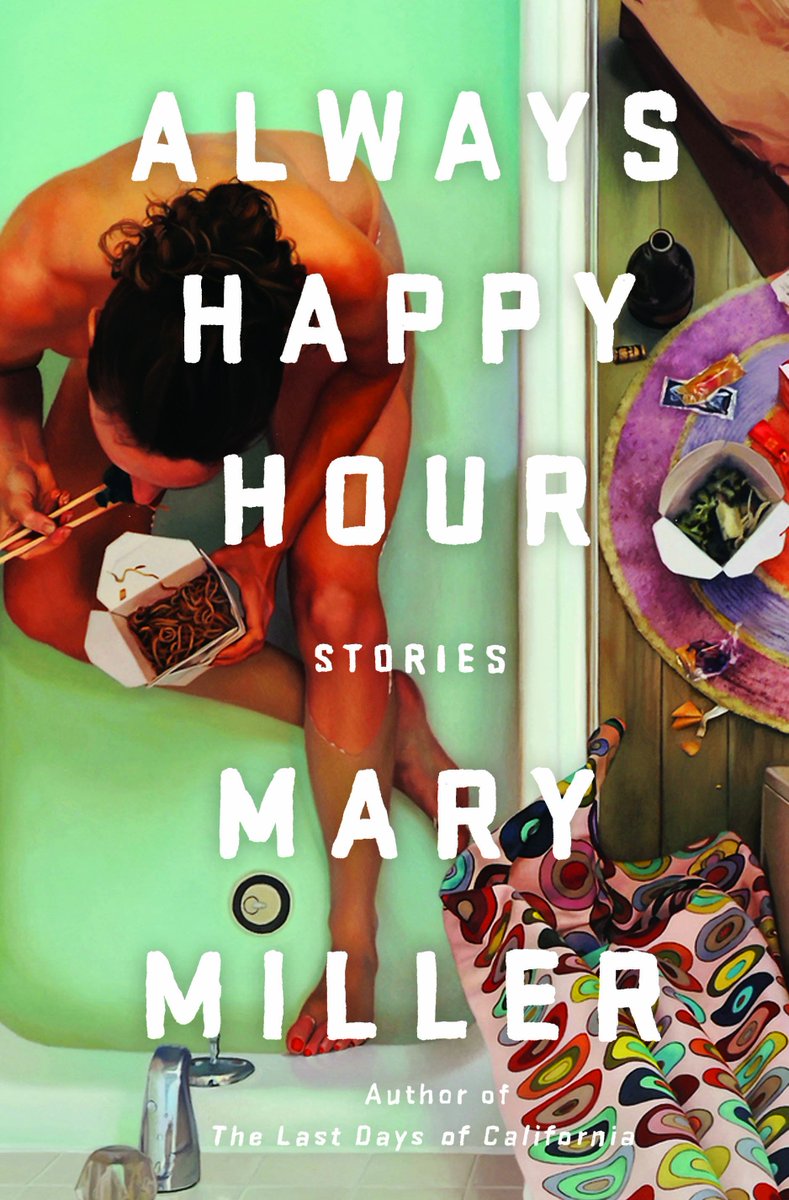 Mary Miller
Positive The Houston Chronicle Miller's collection won't appeal to readers who want short stories to have a beginning, a middle and a tidy ending. Hers are often snapshots of a day or a moment, with no beginning or definite end. We usually see the train wreck coming - the doomed relationship, the terrible idea, the cap popping off the sixth beer - but Miller doesn't take us all the way there. Her stories are more subtle than that. Unsatisfied and unsure what to do about it, her characters sabotage themselves in quiet ways as we listen in ... After 10 or 12 of these stories, Miller's protagonists all begin to seem like subtle variations of the same woman...But the repetition and the similarities ultimately don't matter, simply because Miller gets these characters so right - their appetites and boredom, their insecure internal monologues. The places are dead-on, too. 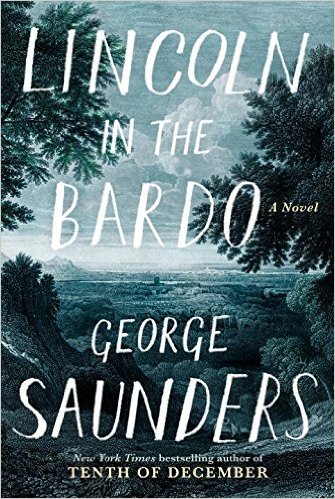 George Saunders
Rave The Houston Chronicle ...this remarkable novel is far more than the story of a son's death and a father's grief. The Civil War looms as a backdrop, but Lincoln feels fresh and persistently personal. Through characters who are palpably real and genuinely funny, Saunders pries open the door between life and death, poking at the boundary between the two. It's a dazzling ride ... Saunders has written a big-hearted text, one full of grief and love in equal measure. There's not a false note in this story. 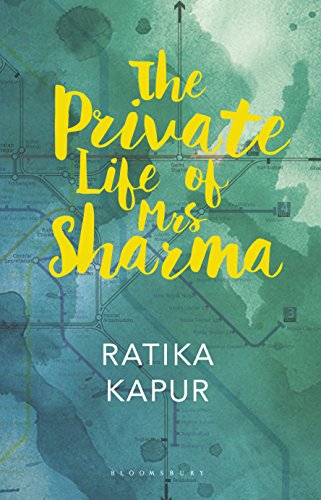 Ratika Kapur
Positive The Houston Chronicle Renu is utterly unlikable at times, but in a way that feels chillingly familiar: We can't help but see ourselves in her twisted justifications, her desire to have the world just as she wants it ... The action she chooses is jaw-dropping and weird - and yet, looking back, it seems unavoidable. Watching Mrs. Sharma tangle her life into knots isn't easy, but it's impossible to look away. 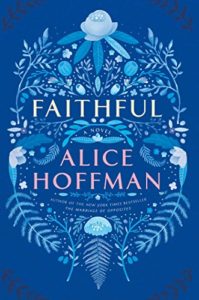 Alice Hoffman
Mixed The Houston Chronicle Faithful starts as a story about two teenagers who have been in a car accident. That it becomes something else entirely is both the novel's strength and its weakness. Helene never feels like a real person ... The story also contains a few contrived twists - coincidences that are too perfect, too neat ... But Faithful is still a good read, and an emotionally rewarding one. Shelby is real and unwittingly charismatic. 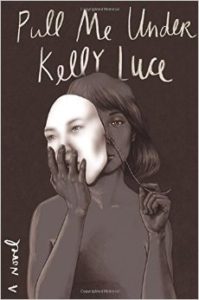 Kelly Luce
Positive The Houston Chronicle Pull Me Under, like its protagonist, is about more than kireru. Luce offers a thoughtful look at the struggle to bridge two cultures, not belonging entirely to one or the other. And she presents a solid portrait of a damaged, imperfect character struggling to reconcile the woman she is with the girl she used to be. 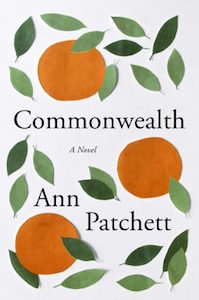 Ann Patchett
Rave The Houston Chronicle Patchett's novel can't be reduced to a single story line; like life, it sprawls across too much time to be about just one thing. The chapters jump around in time, and details that seem unimportant in the moment become deeply significant years later. Patchett gives us funny, flawed characters, and the rich reward of Commonwealth is seeing their lives unfold and expand across the years — watching them work through traumas and betrayals to find perspective and claim their own life stories. 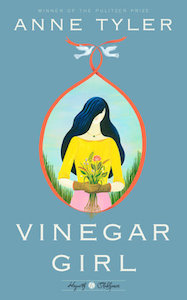 Anne Tyler
Positive The Houston Chronicle Tyler had to walk a fine line to make a modern-day version both convincing and palatable. But she has gracefully skirted the perils of Shakespearean sexism while pointing out the limitations that remain ... At times, though, this story feels more like a stage production than a multi-layered novel. Kate's a millennial, but she seems to have no friends, no social media accounts and no age-appropriate hobbies. Pyotr, meanwhile, spends his life in a lab. He's an orphan, but there's little mention of his childhood. One wonders whether Tyler is comfortable casting millennials as main characters. Only when Kate has agreed to the marriage do the characters begin to come alive. Once their fate is sealed, she and Pyotr exhibit a warmth and depth that helps Vinegar Girl stand on its own, even without the Shakespearean context.
© LitHub | Privacy