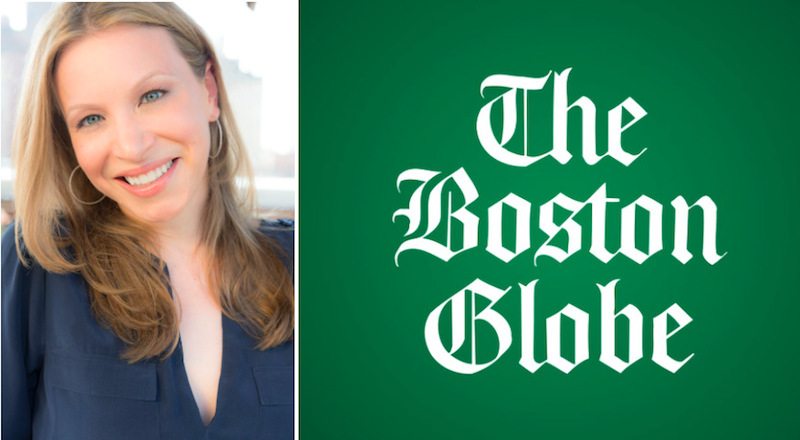 Priscilla Gilman on Virginia Woolf, Daphne Du Maurier, and Criticism as a Calling

"Our reach is so much greater, but people's attention span is so much shorter."

This week we spoke to author and critic Priscilla Gilman.

Priscilla Gilman: Virginia Woolf’s To the Lighthouse because it’s a book I’ve taught almost more than any other and every time I do, I discover more and more to say about it. Daphne Du Maurier’s Rebecca, a novel I’ve always loved and am happy to see finally getting its due as not only a propulsive, creepy mystery but also a deeply literary and profound work of art; I would have placed it in the context of the gothic literary tradition—in particular, Anne Radcliffe’s The Mysteries of Udolpho, Austen’s Northanger Abbey, Shelley’s Frankenstein—and fictions of autobiography: Richardson’s Pamela, Jane Eyre, Great Expectations. And then there’s Mary Gaitskill’s Veronica, which if not yet a classic, should be a classic because it’s utterly original, fearless, and heartrending.

PG: Most of the books I’ve most loved over the past few years have been heralded or have eventually broken through: Andrew Sean Greer winning the Pulitzer for Less was a joyous surprise, Joan Silber’s Improvement nabbing both the NBCC and the PEN/Faulkner awards thrilled me, and Samantha Hunt getting a Guggenheim made me shriek with happiness—I gave both her last novel, Mr. Splitfoot, and her recent collection of stories, The Dark Dark, rave reviews in the Boston Globe. James Lasdun’s last novel, The Fall Guy, didn’t get the wide audience I thought it deserved. I’m a huge Lasdun fan and I wrote of The Fall Guy: “Already drawing comparisons to Gone Girl and The Girl on the Train—but more aptly described as the literary descendant of Dostoyevsky and Patricia Highsmith in an alluring contemporary setting—The Fall Guy is a twisty, chilly, exquisitely written and tautly suspenseful exploration of big ideas in the guise of a psychological thriller. You can check out my full review here.

PG: That criticism is a thumbs-up or thumbs-down, a yea or nay, promotion/publicity or a hatchet job/mean-spirited rant, rather than being valuable in its own right both as a piece of thinking and writing and as a contribution to our intellectual and cultural life. Ideally, criticism is not just an opinion or a reaction but a serious, considered exploration of a work and a quest for some kind of truth. A related point is that being a critic can be a profession, a calling, even. My father was the drama and literary critic Richard Gilman, and my parents’ close friends included notable critics and editors like Wilfred Sheed, Anatole Broyard, Stanley Kauffmann, Alfred Kazin, Jack Kroll, Bob Silvers, Victor Navasky, Bob Gottlieb, Christopher Lehmann-Haupt, Susan Sontag, Eric Bentley, Ross Wetzsteon, Elizabeth Hardwick and more. Growing up surrounded by great critics who believed passionately in the worth, the nobility, even, of their profession shaped my belief in the fundamental seriousness and indispensability of the critical endeavor.

PG: Our reach is so much greater, but people’s attention span is so much shorter. Reviews can be shared with and disseminated to many more people, but how many readers take the time to read longer reviews or literary essays that don’t immediately or easily offer a sound-bite or capsule take on the book?

Also, now that we are all so much more easily “connected” via Facebook and Twitter, it’s harder and harder to find “objective” reviewers who don’t know the author at all. I will avoid becoming friends with someone on Facebook until after my review is published.

PG: Parul Sehgal thinks in such interesting and subtle ways and writes with such precision, elegance, and vigor that I am continually surprised, moved, and impressed by her work. She also has exquisite taste.

Priscilla Gilman, a former professor of English literature at Yale and Vassar and the author of The Anti-Romantic Child (Harper) and The Critic’s Daughter (forthcoming, Norton), has reviewed for the Chicago Tribune, O: The Oprah Magazine, MORE, and the New York Times Book Review, and since 2013 has been a regular book critic for the Boston Globe.