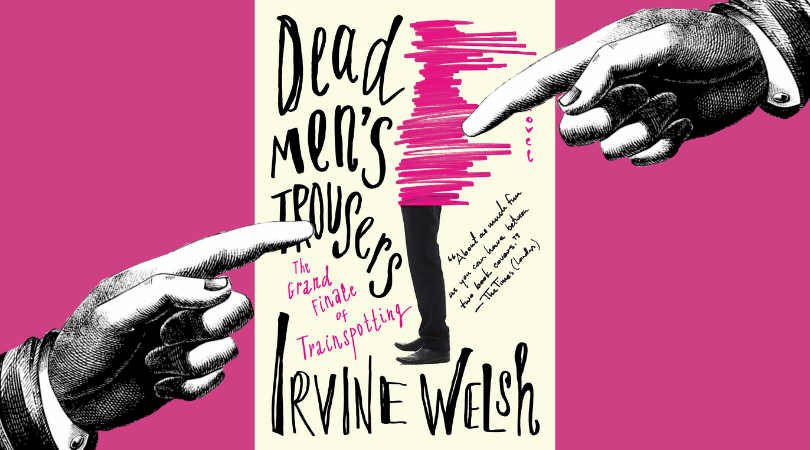 A sympathetic study of the contemporary male experience or a thousand monkeys at a thousand iPads?

In 1993, Irvine Welsh published Trainspotting, his acclaimed in-yer-face debut novel about a group of young, working-class Edinburgh men and their nightmarish (though often bleakly funny) descent into heroin addiction and destitution. The book changed the face of the British publishing industry and its film adaptation became one of the great cult movies of the 1990s. Over the years, Welsh has published a number of sequels and spin-offs to Trainspotting, and now—over a quarter of a century after it all began—the boys are back for one last ride.

Dead Men’s Trousers, the “grand finale of Trainspotting,” has been met with pretty mixed reviews. Zoë Apostolides at Financial Times praises the story as “a sympathetic observation about how growing older doesn’t necessarily mean growing wiser.” In stark contrast, Stuart Kelly over at The Scotsman views this final installment as Welsh “becoming his own weak imitation.” We’ll leave it to you to decide which argument is the more compelling. 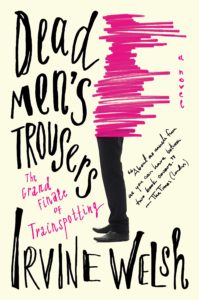 No longer is Frank Begbie an abstract article, some phantom generated fae harrowing memories in a chamber ay ma mind … He’s been rendered flesh and blood in the most mundane of circumstances.

“There is a sense that only this gang, acting as a group, could morph a fairly mundane marital-indiscretion sub-plot into a chaotic exercise in blackmail involving international organ harvesting. As with Trainspotting, the vignette-like chapters, complete with several pages of drug-induced graphic novel-style storytelling, allow the plot to caper along from multiple points of view … Comparatively few novels explore the contemporary male experience, learnt behaviours and the way modern masculinity has developed since these men were young … as much character study as social commentary, and a sympathetic observation about how growing older doesn’t necessarily mean growing wiser.”

“Welsh has squandered his original vision with a series of increasingly wretched spin-offs … In Dead Men’s Trousers—an almost unintentionally ironic title, given the zombie prose—we catch up with the gang … I looked at Trainspotting again and it is remarkably restrained in terms of its stiletto vulgarity. Here, on one page alone, we have seven uses of the f-word and eight of the c-word. At one point I wondered if Welsh perhaps now outsourced his novels to a thousand monkeys at a thousand iPads, and growled up and down the aisles saying ‘Not enough effs! More c-words, ya bams!’ … I have said beforehand that all books have a surreptitious bad conscience, a niggle of the author’s own inadequacy and sense of bad faith. I have never before read one where almost every page displays it … Perhaps the most intriguing thing in this ‘novel’ is the hyperactivity of the exclamation mark. It is its incessant use, much more than the cussing, that reveals the waning of ability … It is awful for an author to become their own parody, and I feel genuinely sorry that Welsh seems to think the advance equals becoming his own weak imitation.”