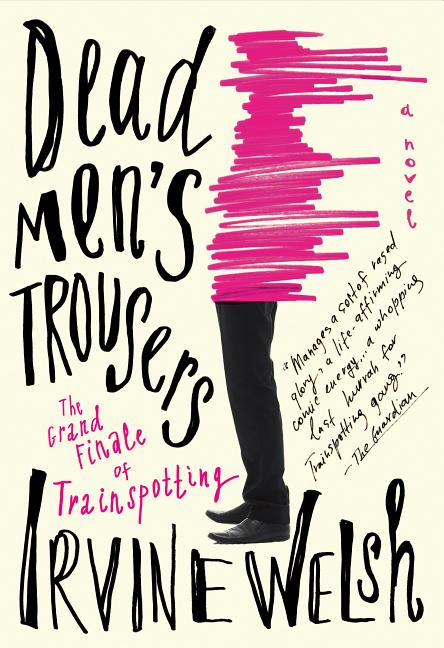 In this final installment of the story that began more than 25 years ago with the acclaimed Trainspotting, the members of Welsh's troubled foursome have grown into various levels of stability in middle age and reunite to reminisce and hash out old resentments.

What The Reviewers Say
Positive Zoë Apostolides,
Financial Times
There is a sense that only this gang, acting as a group, could morph a fairly mundane marital-indiscretion sub-plot into a chaotic exercise in blackmail involving international organ harvesting. As with Trainspotting, the vignette-like chapters, complete with several pages of drug-induced graphic novel-style storytelling, allow the plot to caper along from multiple points of view. This is secondary, however, to wider comments about the collective past that has defined them all in different ways, and about aging ... This final book in Welsh’s self-described 'Harry Potter franchise' is as much character study as social commentary, and a sympathetic observation about how growing older doesn’t necessarily mean growing wiser.
Read Full Review >>
Mixed Sam Leith,
The Guardian
There’s a lot of travel, a lot of violence, a lot of cartoony sex ... The characters stitch one another up, take revenge, bond again in a burst of drunken sentimentality—and rinse and repeat. It’s all wildly over the top and frequently very funny. Sensitive and inclusive, mind, it’s not ... women are, for the most part, either whining and needy or gagging for it, or both—though you could just about attribute the misogyny to the deplorable worldviews of the various narrators. Just about ... The plot, though entertaining, is even more rickety than usual. It’s bookended by a detached and oddly cursory subplot ... If you go for Welsh’s stuff, as I do, you’ll go for Dead Men’s Trousers with great enthusiasm. If you don’t … well, you were warned.
Read Full Review >>
Mixed Jason Sheehan,
NPR
That language — that rock-mouthed, mushy, dense Scottish radge slang that made Welsh's name back in the day — works the same as it always has. It's musical, propulsive, both brilliant and maddening, sensible only when your eyes are half focused; when you hear it rolling off the page rather than trying to read it straight ... When he's at his best, Welsh spins a story of four men broken by addiction and betrayal ... It's to Welsh's credit that he gives none of them any kind of sudden forgiveness or moment of redemption that doesn't come with a thousand strings attached and a baggie of coke in the pocket because these are not good guys ... And if that'd been the whole of the book, it might've been great ... instead, there's a subplot about sex tourism and another about an illegal kidney, another about getting the clap, another about Hibs finally winning the cup. There's a whole choppy b-plot about Begbie and an L.A. ex-cop who thinks he's a serial killer, plus a murder by sword, and a whole lot about the international art-and-EDM scene ... by the end, what could've been a fitting, apt, even startling counterweight to Trainspotting has been weighed down with so much awkward sex, so many grown men on drugs and so many antic, unlikely capers, that the great idea Welsh had at the beginning has been lost.
Read Full Review >>
See All Reviews >>
SIMILAR BOOKS
Fiction

The Chinese Groove
Kathryn Ma
Rave
What did you think of Dead Men's Trousers?
© LitHub | Privacy