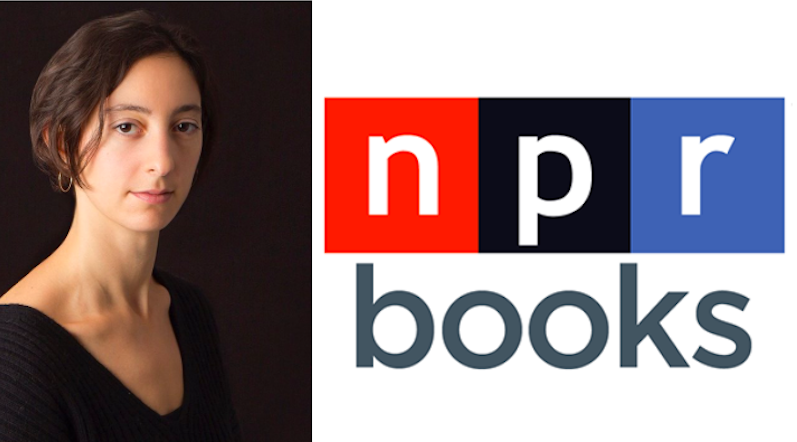 Lily Meyer on Goodbye, Columbus, Demi-Gods, and Freelancing in the Age of Twitter

"I think it’s a baseline misconception to believe that any one review is fully wrong, or fully right"

This week we spoke to Washington D.C.-based writer, critic, and translator, Lily Meyer. 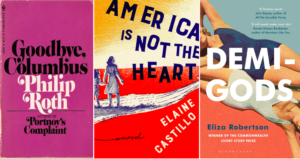 Lily Meyer: My favorite book of all time is Philip Roth’s debut collection, Goodbye, Columbus. It’s almost hard to say I wish I had reviewed it, because I can’t imagine not having read it. I first read “The Conversion of the Jews,” which is the second story in Goodbye, Columbus, when I was 13, the same age as the protagonist. I read the whole collection a few years later, and right away, it became fundamental to how I saw myself in the world. It’s funny that a book released in 1959 captures my 21st-century Jewish experience so well, but it’s true. And I don’t even like the whole book! “Goodbye, Columbus” and “Epstein” are fine; “You Can’t Tell a Man by the Song He Sings” is honestly pretty bad; and “The Conversion of the Jews,” “Defender of the Faith,” and “Eli, the Fanatic” are perfect documents that will live in my heart forever. That’s my review.

LM: I wouldn’t say unheralded, but I don’t understand why Elaine Castillo’s America Is Not the Heart did not dominate the culture in 2018. I cannot shut up about how happy (and sad, and often hungry) that novel made me. I’ve already read it twice—and neither time was for work, only fun. Also, I couldn’t review this book for reasons that will immediately become clear, but my friend Eliza Robertson’s Demi-Gods came out last spring, and it is perfect. Her writing is so subtle and slippery and morally complex. I love it.

LM: I think it’s a baseline misconception to believe that any one review is fully wrong, or fully right. (As long as the critic did their homework and is writing in good faith, I mean.) A review is an argument, not a verdict. I re-learned this recently, when I reviewed Kristen Roupenian’s You Know You Want This. Critics were very divided on that book—Tony Tulathimutte and I loved it, Parul Seghal and Emily Gould did not. My NPR editor, Petra, had me read the negative reviews while I worked on my positive one, and I was terrified. I kept thinking, “Am I really going to disagree with the New York Times?” But I disagreed! That process really helped me strengthen and clarify my own opinion, and it reminded me that a review is exactly that: an opinion.

LM: I’m too young, in both critic years and life years, to know what book criticism was like before social media. What I will say instead is that my own life as a freelance book critic would probably not be possible without social media, by which I mean without Twitter. I’ve learned so much about the business of freelancing from more experienced writers’ Twitters, and I am extremely grateful.

Lily Meyer is a writer, critic and translator from Washington, D.C. She’s a regular reviewer for NPR Books, and has written for the Atlantic, Electric Literature, Longreads, the Poetry Foundation, and more. She studied creative writing at Brown University and the University of East Anglia, and her story “On Being Human” won the Sewanee Review’s First Annual Fiction Contest. She is a two-time fiction grant recipient from the D.C. Commission on the Arts and Humanities.