America Is Not the Heart 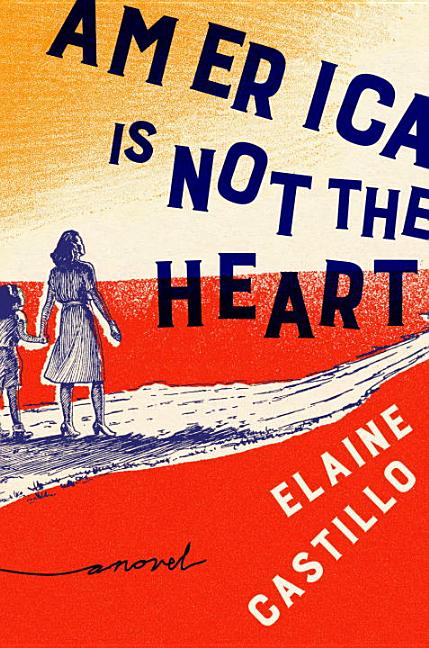 A novel about three generations of Filipina women in one family struggling to balance the promise of the American dream and the unshakeable grip of history.

What The Reviewers Say
Rave Amy Gentry,
The Chicago Tribune
Home is not easy to find anywhere on the map, Castillo seems to say. Nevertheless, as this impressive debut shows, beauty lives everywhere ... It may sound like a small-scale premise for an intergenerational immigration epic, and indeed, many of the book’s most dramatic events happen long before the book begins. Yet the choice to focus tightly on Hero’s comparatively mundane daily existence in Milpitas, where she looks after Roni and gradually becomes a part of Rosalyn’s tight circle of friends, is a strong one that anchors the book’s many wanderings ... A few sections written in the second person from Paz’s and Rosalyn’s perspectives are not, strictly speaking, necessary, and thus a bit distracting. Yet Castillo’s prose is so assured that the detours are fascinating, and Hero’s slow progress is full of surprises both devastating and tender.
Read Full Review >>
Positive Ligaya Mishan,
The New York Times Book Review
...it’s hungrily ambitious in sweep and documentary in detail, and reads like a seismograph of the aftershocks from trading one life for another ... Prickliest of all the characters is Hero’s aunt Paz...Although she’s not the heroine, in some ways she owns the book. Nothing else in it quite matches the sheer velocity and power of the opening chapter, which recounts Paz’s life in the second person, like an incantatory prophecy or benediction ... Castillo’s prose is less lyrical than propulsive, driven by rises in cadence. At times it reads as if spoken, even declaimed. Like Bulosan, she channels a righteous anger, revisiting America’s historical crimes ... The book, like its characters, roams freely among languages: English, Tagalog, Ilocano and Pangasinan. Castillo subtly makes the meaning of words known without direct translation, reminding us how much conversation consists of chain-links and muscle memory.
Read Full Review >>
Rave Courtney Eathorne,
Booklist
Though Hero’s new life as an immigrant adjusting to America is complicated, the mundane routines and soulful cast of characters she encounters allow her many-times-broken heart to expand and eventually love. Castillo’s direct and urgent voice propels the sprawling epic with impressive skill. This unforgettable family saga is not to be missed.
Read Full Review >>
See All Reviews >>
SIMILAR BOOKS
Fiction

Milk Fed
Melissa Broder
Rave
What did you think of America Is Not the Heart?
© LitHub | Privacy