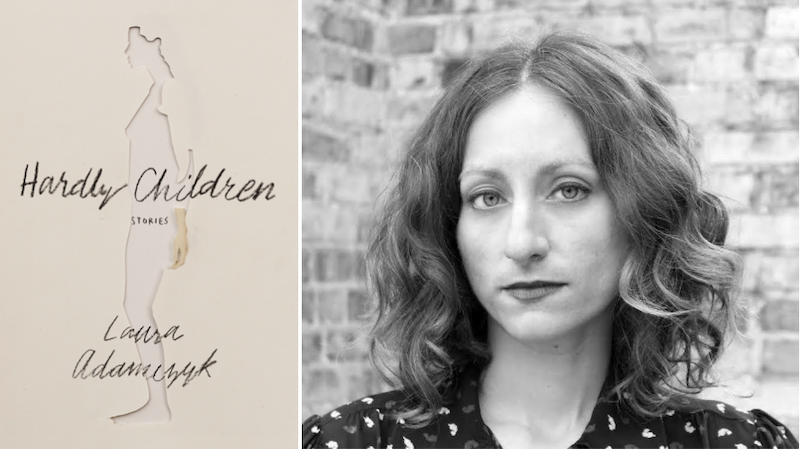 This week we spoke to Chicago-based writer and The A.V. Club books editor, Laura Adamczyk. 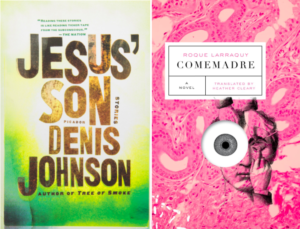 Laura Adamczyk: Probably Denis Johnson’s Jesus’ Son. Like a lot of people, I love that book. I’d be interested to see how I came to it when it was new and didn’t have its cult cachet attached to it.

LA: Comemadre by Roque Larraquy (translated by Heather Cleary). It’s told in two parts: the first set in a sanatorium outside of Buenos Aires in 1907, where doctors decapitate patients with the hope that, in the few seconds that the heads live on without their bodies, they’ll speak, revealing something about the afterlife. The second half is 100 years later in the city and has to do with a conceptual artist and his increasingly grotesque projects involving body mutilation. So the premise, by itself, is pretty intriguing, but the execution is just as wild and kind of perfect. It’s snappy and swift—really funny on top of all the morbid, grotesque subject matter. In the first half, especially, there’s little exposition. The whole thing goes by fast—it’s only 130 pages—but it’s filled with so many ideas. Sex and death, art and ego. There’s a lot to like.

LA: As others have noted here, most people probably don’t spend a lot of time thinking about critics and criticism. But one cliché, I suppose, is that critics are either bitter failed artists looking to pan everything or mindless cheerleaders who won’t dare say a disparaging word. There’s the sense of either hating everything or not being critical out of fear of seeming unkind, of pissing off the wrong person in the literary community. I feel like I’ve seen both extremes—some publications just won’t run negative reviews—but the truth is that a lot of books don’t inspire strong feelings one way or the other. A lot of books are merely okay, but there’s probably an interesting way to critique those books that doesn’t involve hyperbole.

LA: That I cannot say for certain, but I do think about how social media makes it easier for people to connect, often in ways that are unproductive or annoying. Publishing any sort of critique or opinion online, there’s always the potential for some pedant to pop in and say, You forgot about this, or, You left this out. As though a 1,000-word article could ever be the final word on a subject. It diminishes and blunts the idea of the review as a crafted form in and of itself—shaping something so intentionally means not everything can be included. But I feel like the best critics don’t operate under this specious expectation.

LA: Lately, I’ve really been enjoying A.S. Hamrah’s collected film writing, The Earth Dies Streaming. The introduction to that book should be required reading. He’s witty and stylish. He’s able to shape language so tightly around his thoughts that he ends up conveying an entire review’s worth of ideas in just two paragraphs. I also really like Lauren Oyler. Reading her, I get that sense of recognition that comes when someone puts language around something you might have noticed but only in a vague, abstract way, not having been able to verbalize it yourself. Both she and Hamrah come across as independent, aware of but somewhat impervious to what can feel like an internet-driven consensus. It’s always a good sign when you want to read whatever the person has written, whether or not you’ve seen the movie or read the book.

Laura Adamczyk is the author of the short story collection Hardly Children (FSG Originals, 2018). Her fiction has appeared in such publications as the Chicago Reader, Guernica, McSweeney’s, Tin House, and Vol. 1 Brooklyn. She’s currently a copy editor and the books editor at The A.V. Club in Chicago.