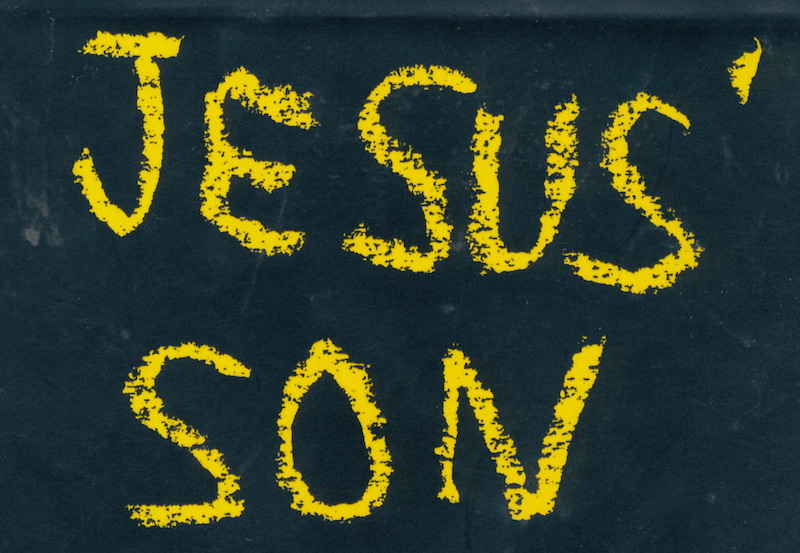 In the wake of his death, we look back at a 1992 NY Times review of Johnson's iconic collection 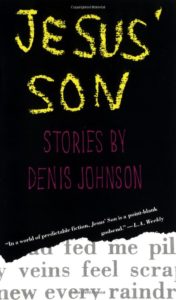 “Denis Johnson’s Jesus’ Son is his fifth book of fiction, the previous four being novels with similar preoccupations: loveless promiscuity, the abuse of narcotics and alcohol, the debilitating effects of parental neglect and the sometimes violent paradoxes inherent in the Christian notions of salvation and self-sacrifice. His prose, especially in this book and in the novels Angels and Resuscitation of a Hanged Man, consistently generates imagery of ferocious intensity, much of it shaded with a menacing, even deranged sense of humor. No American novelist since William Burroughs has so flagrantly risked ‘insensitivity’ in an effort to depict the pathology of addiction.

In nearly every respect Jesus’ Son can be more accurately described as a novel than as a collection of stories. The same unnamed young drifter narrates each of the book’s 11 chapterlike sections, only six or seven of which can stand as discrete, coherent short stories; each is most fully understood in the context of earlier or subsequent sections. The narrator also makes distinctly novelistic progress as he staggers from habit to addiction—passively participating along the way in abortions and car crashes, drug deals and murder—and then toward the first stages of a highly tentative recovery.

In the book’s Cubist chronology, a man named Jack Hotel dies of a heroin overdose at the end of the third section, while the fourth finds him smoking hashish as he attempts to help a gunshot victim. The second section, entitled Two Men,’ involves the narrator’s attempts to ‘ditch’ a sociopathic football player; the eighth section begins, ‘But I never finished telling you about the two men. I never even started describing the second one.’

The narrator’s inability to construct a ‘well-made’ story, or even to keep the facts of his life straight, expressively parallels the rest of his dysfunctional behavior. In this and in other aspects he is a younger version of Samuel Beckett’s monologuists, who continually fail to execute their often-restated narrative plans, and who tend to feel profoundly ambivalent about the women in their lives, particularly their mothers. There are further similarities, in the focus on physical maladies and failure shared by characters in Mr. Johnson’s and Beckett’s works and in the trapdoor cadences and self-deprecating humor of their sentences. After lying to impress a girlfriend, Mr. Johnson’s narrator admits, ‘Nothing I could think up, no matter how dramatic or completely horrible, ever made her repent or love me the way she had at first, before she really knew me.’ In his dependence on heroin and illegal sources of income, he also is cousin to Bobby, the hapless but sympathetic young burglar in David Mamet’s American Buffalo. In the end he realizes, as Bobby does, that he’s probably better off spending some time in a hospital. 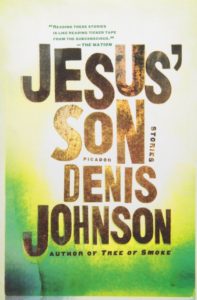 The book’s centerpiece is the fifth section, ‘Work,’ in which the narrator and his friend Wayne burglarize an abandoned house that Wayne dubiously claims to still own. As they rip the electrical wiring from the walls, a speedboat comes up the river that runs just beyond the backyard: ‘This boat was pulling behind itself a tremendous triangular kite on a rope. From the kite, up in the air a hundred feet or so, a woman was suspended, belted in somehow, I would have guessed. She had long red hair. She was delicate and white, and naked except for her beautiful hair.’

As the two men drive back to town, Wayne stops to visit his wife, with whom he is no longer living. She turns out to be a pale woman with long red hair. The narrator concludes she must be the woman they’d seen gliding above the river. When Wayne denies that, the narrator is forced to make sense of what may be just a bizarre coincidence: ‘As nearly as I could tell, I’d wandered into some sort of dream that Wayne was having about his wife, and his house.’ This in turn reminds him of a hailstorm he witnessed with his own wife. ‘Where are my women now,’ he poignantly wonders, ‘with their sweet wet words and way, and the miraculous balls of hail popping a green translucence in the yards?’ (After a storm he and his wife ‘walked out into a town flooded ankle-deep with white, buoyant stones. Birth should have been like that.’)

The narrator, overcome by nostalgia triggered by seeing the red-haired women (or woman), travels back through moments spent with various girlfriends or his wife, to his earliest days with his mother, a period we infer has contributed significantly to his current psychoses. That inference gains support when he gets back to a place called the Vine, where he is delighted to discover his favorite person tending bar, a woman he refers to as ‘Nurse’: ‘She poured doubles like an angel, right up to the lip of a cocktail glass. . . .You had to go down to them like a hummingbird over a blossom.’ In profound, sobbing gratitude for her generosity in quenching his thirst, he silently declares: ‘I’ll never forget you. Your husband will beat you with an extension cord and the bus will pull away leaving you standing there in tears, but you were my mother.’ In the narrator’s bewildered but subconsciously percipient mind, Mr. Johnson has allowed a telling conflation—of mother, suckler, angel, destroyer — and a penetrating glimpse into the chaotic roots of addiction. 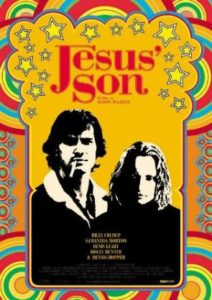 “By the penultimate section, the narrator has landed in detox. He also has a part-time job with the hospital’s newsletter, for which he interviews Bill, a newly arrived patient who has twice been shot in the face: ‘Once by each wife, for a total of three bullets, making four holes, three ins and one out.’ Not surprisingly, Bill is unhappy to be in the hospital again. The narrator comforts him: ‘Hey. You’re doing fine.’

‘Talk into here,’ Bill replies, pointing to a scar on his cheek.

‘Talk into your bullet hole?’

‘Talk into my bullet hole. Tell me I’m fine.’

By the final section the narrator still has his newsletter job and is learning, with the help of Haldol and Antabuse, to live sober. He has even begun to establish a comparatively stable relationship with a woman crippled by encephalitis. He has not, however, managed to overcome his habit of peeping through windows at couples, which thrills him and fills him with guilt. ‘How could I do it, how could a person go that low? And I understand your question, to which I reply, Are you kidding? That’s nothing. I’d been much lower than that. And I expected to see myself do worse.’

Mr. Johnson’s is a universe governed by addiction, malevolence, faith and uncertainty. It is a place where attempts at salvation remain radically provisional, and where a teetering narrative architecture uncannily expresses both Christlike and pathological traits of mind. So it seems altogether appropriate that, in this masterpiece of compression and moral entropy, he has condemned Jesus’ son to only 11 Stations of the Cross.”